“The Pedreiro and the Master Planner”

“The favela is unplanned, it arises spontaneously, with no help or design from government”, Luis Carlos Toledo, Master Planner. 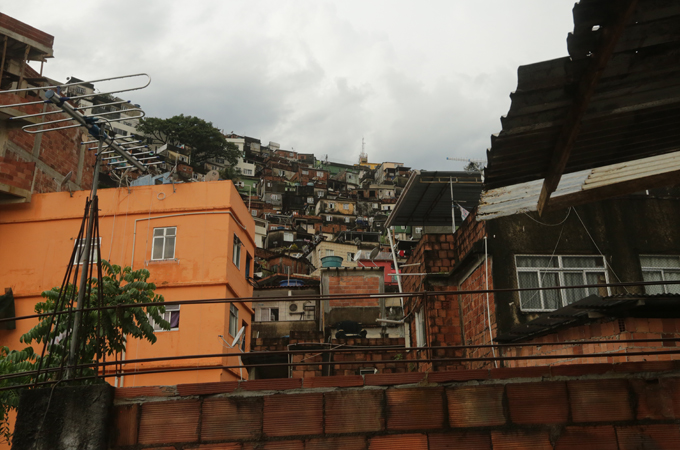 Arbitrariness, especially in urban settlements, is a rare feature. From Berlin’s Wall to the plazas of Spanish cities, the question “why is something where it is” – seems to be fundamental to any analysis of a determined environment. Discarding it is short-circuiting the path for understanding cities, as well as its possible futures. It would appear even more of a critical fault if the “where” is a monstrous hill with inclinations that defy human adherence – namely a favela.

In “Rebel Architecture”, Al Jazeera presents a six-part documentary series profiling architects who are “using design as a form of activism and resistance to tackle the world’s urban, environmental and social crises”. In its Brazilian episode, we meet the pedreiro (a bricklayer) who is the “rebel architect” of the story who has built over 100 houses with no formal training using the basic tools. It is a gripping perspective on the life of the residents of Rocinha, Brazil’s largest favela, and the political interests guiding its current transformations. But when it comes to shedding a light on this kind of “unplanned architecture”, it misses the point.

In a dramatic introductory speech, Luis Carlos Toledo, architect (and the “master planner” of the title) sets the paradigms and questions – maybe even the answers – to be dealt with, in “The Pedreiro and the Master Planner”. Inequality, the relationship between the favela and the tarmac, the conflict – sometimes violent – between government and the population. Mostly true, those interests drive us through the personal stories and dreams of the resident and builder Ricardo de Olivera. It’s a dreadful and beautiful production, hardly architectural though.

The documentary falls on a recurrent theme of Brazilian cinema. The same as City of God, Ônibus 174, Elite Squad… ‘Favela movie’, as the genre is named, contains some of the best films in the country. Capturing an extreme condition from the standpoint of a resident adds an inherent sense of personality and poetry to the production (Slumdog Millionaire’s 2008 Oscar reasserted the popularity of this approach). Unfortunately, its artistic qualities aren’t always justifiable.

The problem with this focal shift – from architecture towards architectural “rebels” – needs to go further than simply conveying architecture (or rebelliousness) as merely a matter of personal choice. In other words, we shouldn’t simply look at Rocinha through the perspective of its individuals because this will be to a misinterpretation of the wider social circumstances. It is a misrepresentation of the real issues.

The favela is a collective delirium: this is true rebellion against planning, limited not by a grid or law, but only by sheer gravity and the possibilities of construction. One constraint is that who has more, builds more. If the Rockefeller Center is already a faceless achievement, favelas elevate the chaotic enterprise to absurd proportions.

An honest architectural inquiry on the favela must surely look at its social issues, maybe even the lives of its residents, etc. Crucially, favelas need to be understood in terms of its built environment, which is a reflection of social issues, not on people’s lives and issues alone: the singular relationship between section and time. As a generation builds literally on top of the previous generation, height becomes a reflection of capital power. It should even explore the way in which regular planning and politics affect its growth. Beyond adding knowledge to the production, these relationships would lead to a greater criticism of both pedreiro and master planner.

Self-construction has a romantic element but it is not as heroic in the aftermath of a landslide, for example, which are constant threats here. A Haussmann-like urbanism project – enlarging streets and adding sewage system – doesn’t sound as faultless when observed from a historic standpoint (the first favelas in Rio were originated as a consequence of the much similar Reforma Passos). Infrastructure without private ownership (favelas are almost always built in federal land) is doomed to generate the worst kind of gentrification, where residents are not even allowed to sell their houses for a proper value.

In its amazement for “a new breed of architects, that puts people before icons” this film has lost its critical faculties. But architecture has also been lost and real knowledge of the situation has been pushed under the carpet.

In its rejection of celebrity-style architecture in favour of this self-less, grassroots architect, ironically, this cinematic production has created a new kind of canonisation. Controversially enough, Lagos Wide and Close, a documentary that presents Rem Koolhaas as its main character, managed to dive in much deeper waters – considered a similar economic situation – and did it better, I believe. “Rebel Architecture” may have provided a chance for ordinary people to have their own spotlights but, meanwhile, Rocinha, in the dark, trundles on.

Despite its cinematic qualities, Rocinha is and will remain a relatively unknown territory. “The Pedreiro and the Master Planner” is definitely touching but architecturally evasive. There are real problems in these favelas that are not going to be solved by lone heroic “rebellious” architects… welcome though these patch repairs are to the poor people who have to live there.