Blaming the London Fire Brigade for the deaths of the remaining 71 occupants, plus a previous evacuee who subsequently died, is wrong on three accounts. (This article is part of a larger and more in-depth report by Architects for Social Housing: ‘The Tower: Rewriting Grenfell’ and an earlier report: ‘The Truth about Grenfell Tower’). By Simon Elmer, Architects for Social Housing. 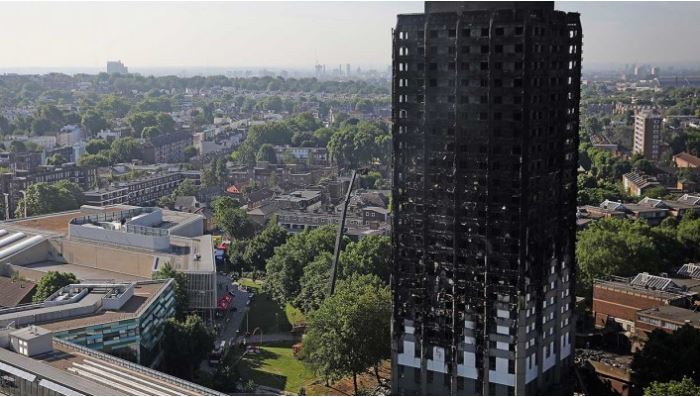 First, although the cladding had rendered it redundant from the moment it was applied to the building, the ‘stay put’ policy was still in place when the fire broke out, and for good reason. Fire and Rescue Services in England attended 169,588 fires in the year ending December 2017. Including those from the Grenfell Tower fire, there were 321 fire-related fatalities in that time, which is one death for every 528 fires. Fires break out every day in London’s tower blocks, and nearly all of them are contained by the compartmentation designed into the fire-safety system of the building until the fire brigade arrives and puts them out. The ‘stay put’ policy is based on these facts, not on retrospective intuition of what should have been done.

Second, all the residents that lived on the 10th floor of Grenfell Tower and below escaped the fire. Those above had greater difficulty escaping not — presumably — because they all started trying to leave the tower at a later time than those below, but because of the greater difficulty they had in descending through the smoke and heat for the longer time it took to reach safety. As a result, 17 people died on the 11th to 16th floors; and 53 people died on the 17th floor and above, of which 15 moved upward, away from the smoke and flames, to the 23rd floor, where a total of 28 people died. A further 2 people died in hospital after having evacuated Grenfell Tower. 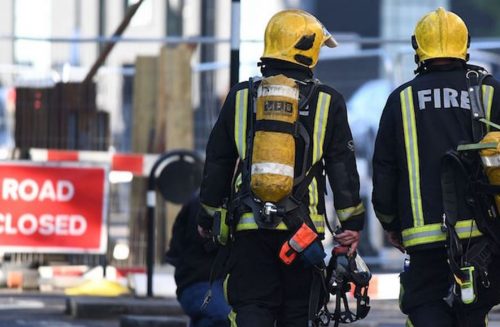 It is hard to avoid the conclusion that if the fire-safety advice was to leave the building immediately far fewer residents would have died. But there are good reasons why it is standard procedure. When a fire breaks out in a residential block, the stairwell is not there for residents to escape by but for firefighters to get access to the dry risers on each landing, attach the fire hoses and put the fire out as quickly as possible from within the building. The presence of residents on stairwells is, as best, likely to inhibit the ability of firefighters to get to the fire. Moreover, the opening of numerous fire doors at the same time by evacuating residents can create a chimney effect that will spread the fire quicker. At worst, the mass evacuation of residents will lead to a crush liable to endanger residents’ safety. We shouldn’t forget that the largest loss of civilian life in a single incident in Britain during World War II was a result not of a bomb but of a crush on the stairway to the Bethnal Green tube station in March 1943, when 173 lives were lost. 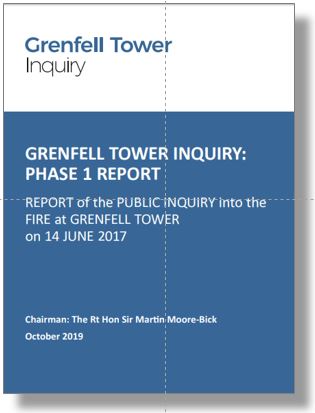 The public inquiry will hopefully establish why the emergency lights in the stairwell didn’t turn on; why the newly-installed smoke detectors and extractors in the lobbies didn’t function, reducing visibility for both residents and firefighters to zero and eventually making them impassable; why the newly-installed lifts failed to operate, inhibiting firefighters’ ability to establish a bridgehead in the lobbies and reducing the time firefighters could conduct their search and rescue attempts; why fire sprinklers had not been retro-fitted to the 23-storey tower against the advice of the Lakanal House fire coroner and the All-Party Parliamentary Fire Safety and Rescue Group; and why the firefighters, as residents had warned, had difficulty gaining access to the newly developed land around Grenfell Tower.

Given the total undermining of the fire-safety system of Grenfell Tower by the application of the cladding system, on top of the litany of failures already existing within that system, the Grenfell Tower fire presented the London Fire Brigade with a situation unprecedented in the UK, and whose threat to residents even the deaths of 6 residents in the Lakanal House fire had only intimated. Dr. Barbara Lane, a Chartered Fire Engineer who was commissioned by the Grenfell inquiry to produce a report on the fire, is as unequivocal about where the blame for this lies as the Inquiry is in pointing its finger at the London Fire Brigade: ‘In my opinion, it is not acceptable to expect the fire brigade to mitigate for combustible external wall construction in high rise residential buildings.’ 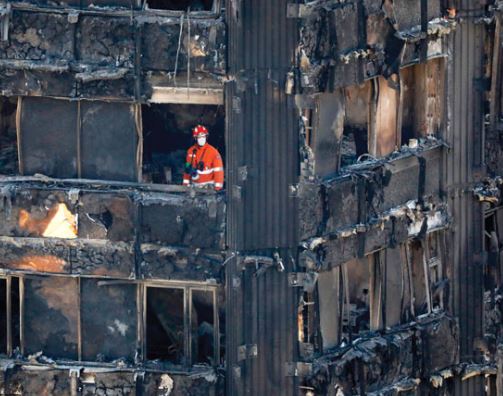 And third, blaming the failures of the London Fire Brigade to react to the unprecedented ferocity of the Grenfell Tower fire against the procedures which – if the fire-safety system had not been so completely compromised – would have been correct, unfairly portions the responsibility for the deaths. 223 residents escaped the fire, of which 65 were rescued by firefighters who entered the building above the fire, against procedure and often without breathing apparatus, putting their own lives at risk. Those residents who stayed put and died did so not only because of initial advice from the London Fire Brigade that was following standard evacuation procedure, but because the fire-safety procedures the Kensington and Chelsea Tenant Management Organisation installed on every landing of the tower just three months before the fire clearly instructed them to do so. In summarising her findings Dr. Lane writes: ‘It is important to note here that this evidence was not available to decision makers or residents on the night.’ It was, however, available to others.

From blaming the deaths from the Grenfell Tower fire on the London Fire Brigade it’s only a small step to blaming the residents for not leaving the burning building quickly enough, as if the fire safety procedures of a tower block being made redundant in half an hour is something both residents and firefighters should be expected to face and respond to with all the benefit of hindsight.

As ASH laid out in its report on the fire two years ago, and which nothing emerging from the Inquiry has contradicted, responsibility for the deaths of 72 people in the Grenfell Tower fire lies in varying degrees with the private contractors and consultants responsible for the design, manufacture, application and approval of the flammable and badly-fitted cladding system; with the Tenant Management Organisation responsible for the fire-safety of the block, for overseeing its refurbishment, and for retaining the ‘stay put’ policy which that refurbishment had rendered redundant; with the Kensington and Chelsea council responsible for setting the budget that determined the selection of the cheaper materials employed in the refurbishment, that repeatedly ignored the residents’ fears and warnings about the fire safety of the building, and that had received 43 Enforcement Notices on its other properties from the London Fire Brigade in the three years prior to the Grenfell Tower fire; with the civil servants and politicians responsible for sitting on recommendations to review fire safety following the Lakanal House fire against the expert advice of the coroner’s investigation, the London Fire Brigade and the All-Party Parliamentary Fire Safety and Rescue Group; with the Government ministers responsible for initiating the estate regeneration programme that is subjecting the housing stock of London councils such as Grenfell Tower to the demands of market forces intent on realising the potential value uplift in the land they stand on at the expense of the homes and safety of residents; and, finally, with the successive governments, Conservative, Coalition and Labour, responsible for privatising the process through which compliance with building regulations is approved, which has resulted in the safety of residents effectively being put out to competitive tender between private consultants, as it was for Grenfell Tower.

Ignoring this long chain of responsibility that leads directly back to the government to instead blame the women and men of the London Fire Brigade who put their lives at risk to rescue as many residents as possible from the inferno is not only a disgraceful sleight on their bravery and efforts, but stinks of another government cover-up in the legacy of Orgreave and Hillsborough.

Note: This article is part of a larger and more in-depth report by Architects for Social Housing: The Tower: Rewriting Grenfelland an earlier report: The Truth about Grenfell Tower.