Home » Articles » Changing Politics for Good – What Next?

Changing Politics for Good – What Next? 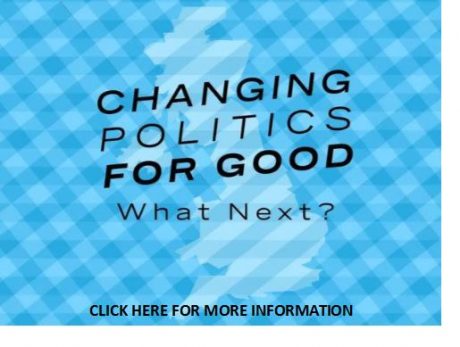 The news that Britain would finally leave the EU was a fleeting if not joyous occasion for non-aligned Brexiteers. However, when morning broke on February the 1st, the sobering reality re-dawned on those hoping for constitutional change – the Conservative party, traditionally hostile to reform, had carte blanche to govern unopposed. It was a bittersweet ending to a story stretching back forty-seven years when Britain first entered the Common Market in 1972. We had left the EU, but the two-party duopoly that had consistently defended our membership remained in Westminster.

Even Boris Johnson’s election winning mantra, ‘Get Brexit Done’, epitomised a mode of thinking hostile to democratic reform. Brexit was something to simply get done, nothing more, nothing less – a retreat into politics-as-usual, the kind of status quo that existed before Brexit. Of course, this may have just been a repetitive, on message slogan ripped straight from a public relations playbook, but its overtones devalue what for many had been a political renaissance.

The victory of Leave breathed new life into politics. Grassroots organisations across the country sprang up, buoyed by a hope that politics was finally going to change. Brexit became about more than just leaving the European Union, it was about shaking up an establishment that had become detached, technocratic and absorbed within its own echo chamber. When the Brexit party spoke of ‘Changing Politics for Good’ it resonated precisely because the farcical post-referendum period had exposed the gulf between the citizenry and their political representatives.

Yet despite the immense popular frustration levied at our institutions, Brexiteers were presented with a clear ultimatum – that anything other than a vote for Boris Johnson could jeopardise Brexit, and they choose accordingly. The Conservatives gained the majority that would deliver Brexit, defeat Jeremy Corbyn, and prevent any outsiders entering Westminster – job done from their perspective.

Given where constitutional reformists find themselves, it would be all too easy to slip into a defeatist mentality and fade into the background; but had those campaigning to leave the EU been knocked down at the first hurdle then Brexit would still be a distant dream. In fact, the events of the past decade should serve as inspiration to remain vigilant, a reminder that when people mobilise, coordinate, and make their presence felt at the ballot box things can and will change. 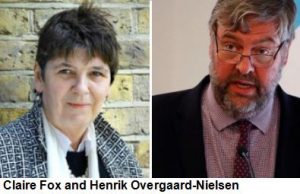 So, what next? That is the question two former Brexit Party MEPs, Claire Fox and Henrik Overgaard-Nielsen, intend to ask at their conference in Stockport on the 29th of February. Already, groups initially set up to discuss Brexit have rebranded as democratic forums, local parties continuing under the change banner have been formed to contest councillor elections. In truth, and in politics, nothing is guaranteed. It is plausible that politics will slide back into stale rigidity caught up in the usual tax and spend debates. Change does not happen overnight – it took nearly 25 years for those who opposed the Maastricht treaty to achieve an in/out referendum on Europe. But if change is desired, now is the time to build the foundations for the future.

Sam Parker is a former adviser at the European Parliament.

Changing Politics for Good: What Next? will take place at the Cheshire Conference Centre in Stockport on 29 February. Get tickets here.