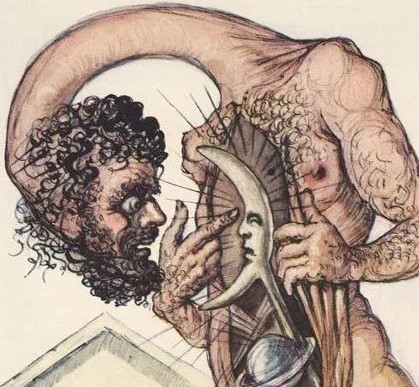 It doesn’t take a genius to understand that the post-war liberal order in the western world is in trouble. Clearly it has not lived up to its core moral commitment to society where all can participate freely irrespective of their lifestyle choices. This short article is a response to a thought-provoking essay in Vox entitled “Identity politics isn’t hurting liberalism. It’s saving it” by journalist Zack Beauchamp.

According to the author, confidence in the liberal order among western publics has been shaken by the twin global crises of refugees and finance, and the far-right is exploiting this weakness. Beauchamp cites statistics concerning the discrepancies in wages between black and white families; or the difference in hours spent on unpaid housework between an average American woman and an average man; or that LGBTQ youth are five times more likely to commit suicide than their straight counterparts, as proof that classic liberalism has failed to meet its own moral commitment. By ignoring group differences, he suggests that liberalism has been responsible for hiding and exacerbating identity-based oppression and structural racism. 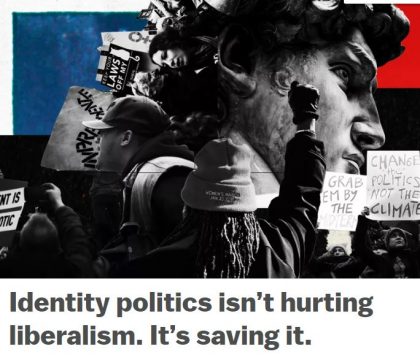 He claims that a society that upholds formal equality by applying universal standards has only achieved rights in a formal sense. Deeper structural divides continue and remain hidden, or are even deepened by such difference-blind universalism. If liberalism is to be saved, he says, it needs to ditch its key tenets.

Beauchamp’s view is not a subtle move in dialectical thinking, but a view from a position of privilege where past material gains and the people that fought for them, are casually dismissed as merely formal and tokenistic player in history. Even though he argues that today’s liberals need to get on board with new sources of energy found in identity politics, it isn’t convincing. The fervour with which some identity politics activists engage has convinced him that (his interpretation of) liberalism can be given a new lease of life, and maybe electoral success. But passion doesn’t make the claims of identity politics true.

Take, for example, his statistical approach to oppression (“The median black family’s wealth is one-tenth that of the median white family”, “The average American woman spends over 11 more hours per week doing unpaid home labor than the average man”, etc.). Even if we take this data at face value, it is not clear how greater institutional “accommodation and representation” – demanded by what he admits are predominantly middle-class activists – will address the problems of wage differentials, unpaid domestic labour and greater suicide ideation among LGBQT youth. Beauchamp is untroubled by the logical contradiction of wanting to create a so-called “common cause” by groups identified by and celebrated for their difference. It’s not going to work if we have to morally browbeat people into supporting the uncommon interests of oppressed minority-groups for the sake of unity. A communality that can only be achieved by sanction, rather than voluntarism, is not worthy of the name.

Such a reductive and simplistic account is unlikely to persuade anyone who doesn’t already share the author’s moral vision of society and his political commitment to saving liberalism. If we reject the need for reason, and the ability to convince people when making political claims, we are also rejecting the main tools of democratic practice. His casual disregard for democracy is evinced in his response to concerns about the creeping authoritarianism of identity politics. Classic liberals like Mark Lilla, (who sees the divisiveness of identity politics), should not fret about restrictions on free speech, says Beauchamp, because everyone does it. This kind of political argument leaves little room for winning democratic consensus. Ironically, such a fatalistic acceptance of imposed “solutions” may in fact result in people looking to more pragmatic alternatives – even the very far-right commentators he abhors – for conscious political representation against his “global crises”.

In 1965, one year after the Civil Rights Act, Herbert Marcuse wrote a love letter to the students of Berkeley, called Repressive Tolerance. In his letter, he explicitly rejected the classic liberal ideals of freedom and tolerance because they arose at a time of religious wars that had been settled in the Treaty of Westphalia in 1648. It was an early recognition of the moral exhaustion of the capitalist order despite its formidable past achievements. Beauchamp’s less nuanced version of the same story is testament to the intellectual as well as moral exhaustion of the capitalist liberal order.

I don’t disagree that inequalities with liberalism continue to exist, but I do wonder, why, on such an account of liberalism that Beauchamp proposes, would anyone wish to save it? Yet this is precisely what Beauchamp wishes to do. However, he is saving it in a form of identity politics that many wouldn’t recognise as liberalism at all.

Those of us who want a society based on more genuine equality, democracy and common-cause rather than slotting people into categories of oppressed minorities should challenge these arguments. Especially because they seem to be getting an easy ride. Those who would like a better, more free, and generous society for everyone; and who are not concerned with saving a failing political order, will need to look elsewhere for moral and intellectual inspiration than Beauchamp’s rhetoric. Classical liberalism may have its faults, but Beauchamp’s version is an apologia for capitalism’s new cultural élites. That’s all.