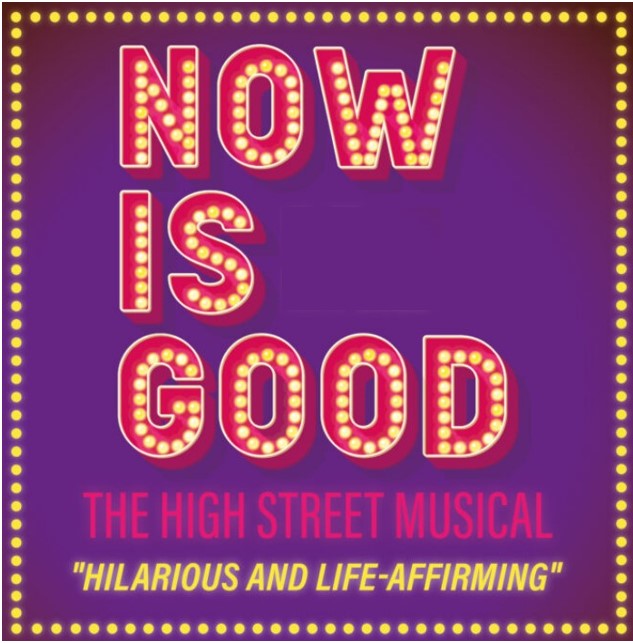 “Now is Good” is a new musical that recently received its world premiere in the Storyhouse theatre in Chester. It tells the story of an elderly builder embarking on a construction project with his rather dull son who works for the Health and Safety Executive. One hour and 45 minutes of this? I thought. I prepared myself to be bored to tears.

Within 5-minutes, the audience was indeed in floods of tears, not through boredom, but from the gut-punching lyrics of the opening number; a precursor for the emotional roller-coaster that was to come. Overall, this is a beautifully simple, sad, and funny story of loss, loneliness, family, and community. (Think “It’s a Wonderful Life” at its poignant best).

The cast includes Chris Hannon as Neil, the stressed-out son to Ray (Jeff Rawles) a local builder getting over the loss of his wife. Rawles opens the show, flat on his back in his garden shed having fallen through the roof. His three opening musical vignettes lasting no more than five minutes in total, in which he reminisces on his life spent with his dearly departed wife Lorraine, will touch the hardest of hearts.

There is nothing maudlin in this production: it is an absolute joy: or at least, a riot of emotions. The delightful and intelligent production is directed by Joyce Branagh (sister of Kenneth) to create a heart-warming, human story that managed to turn many of the theatregoers into emotional wrecks.

“Now is Good” is written by Tim Firth, an award-winning screenwriter whose credits include Calendar Girls The Musical, and Kinky Boots but this is his first attempt at musical comedy. It is actually more of a light opera than musical with most of the dialogue sung to convey the story and narrative. Some of the lyrics are exceptionally moving especially given their unconventional settings. In particular, Alice’s (Elizabeth Counsell) poetic musical monologue, sitting on her mobility scooter while musing about a school relay race 60 years ago. Ivy, (Michele Dotrice) plays a Trade Unionist who sings a song about her first love – a striking car-worker on the Vauxhall production line. The young teacher, Katy (Alyce Liburd) is fed up that her time in school is taken up with performance appraisals and dreams of simply teaching her subject. Knitting these unlikely scenarios together has been skilfully done and each character’s songs and ambitions soar above their mundane lives.

I hope that the cast won’t mind me saying that they are not the finest singers in theatreland, but this only added to the shared experience. The melodies, such as they were, were endearing, and the recitative style worked well. Meanwhile, the orchestra pit ensemble played brilliantly, a nostalgic combination of Stephane Grappelli’s jazz, and music reminiscent of every children’s TV-theme from long ago. (Tim Firth’s father Gordon created the award-winning TV series Roger and the Rotten Trolls). 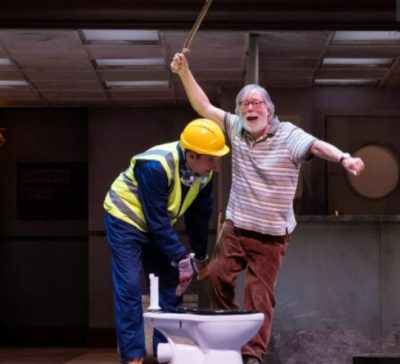 “Now is Good” is an original piece of writing that surprises at every turn. On rare occasions – predominantly when the children are on stage – the scenes became a little panto-esque, but these moments were few and far between, and did not break the overall ambience. Actually, they offered a breather before the next heartrending incident.

Firth has said that his play explores why we must not “lose our willingness to take risks… Life’s too short.” It is a fine message for our precautionary times. The programme says that the play is about “the greatest challenges currently facing humanity: how to help your children, where to hide your biscuits and how to fight loneliness.” Celebrating a sugary, biscuity snack? Surely not. But here, the developing relationship between father and son – through the prism of a fig-roll – is neatly and tragically and humorously resolved.

Having a Health and Safety officer as the dramatic foil, is a nice touch. The message is, don’t play it safe, and there were a number of what we might call, non-PC references to a more adventurous era. The tale is clearly a criticism of today’s safety-first, bureaucratic culture as characters muse on family, friendships and seizing the day before it is too late. It is a clarion call for anyone, at any age, to aspire to change the world and never give up trying to make an impact..

The audience poured out of the theatre, each pretending that there was something in their eye. It doesn’t seem to be a risky thing to say that “Now is Good” is really very good indeed. Don’t take my word for it, live a little, and experience it for yourself.

“Now Is Good” is at Storyhouse in Chester until May 28th and then, hopefully, going on tour.