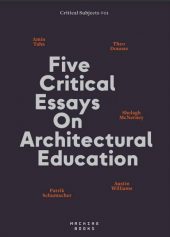 This pamphlet is a critical intervention into architectural education.

Specifically referencing the UK, its critique is applicable more broadly. It is the first salvo in what we hope will be an open and challenging conversation.

We want you to read the essays, criticise or support them, pass them on and discuss the issues raised. We know that there are many things to argue about in the state of architecture, urbanism, construction and education. Only by opening the floor to a range of speculative opinions will we be able to clarify the best direction for the subject. We must provide the space for faculty members, academicians, architects and students to genuinely experiment.

Within the academy of all places, dissenting views should be tolerated but argued over, challenged but respected so that bold, new, and sometimes unorthodox ideas can flourish. 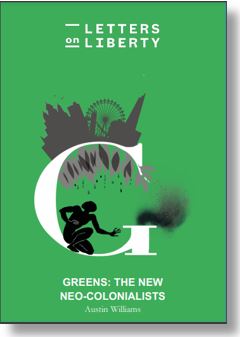 The contemporary environmentalist obsession with stopping development is a bigger threat to society than climate change. As humanists, he says, we need to reformulate the idea that all meaningful production requires the appropriation of nature.

A Green desire to clamp down on production, population and any human impact on the planet is a middle-class political fantasy that keeps the poorest in developing nations poor. Holding down people’s aspirations for economic, social and national autonomy is the hallmark of modern day, sustainable, neo-colonialism. 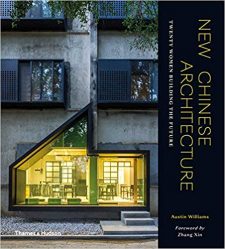 This book details the lives, achievements and ambitions of 20 Chinese architects living and working in China today. The practices variously deal with small scale and mega scale, residential and commercial, urban and rural developments. The featured architects are those who have made a significant impact on the national scene. Most of the featured designers are emerging talents in the architectural firmament but we have also included one or two more established architects to indicate some of the continuity as well as the changes that have affected this country in the recent past.

A quick skim through the pages of this book will reveal that all the featured architects are women. This is a book featuring 20 female Chinese architects. 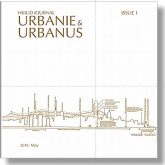 China’s Development Plan for the Guangdong-Hong Kong-Macau Greater Bay Area states that China intends to “fully leverage the composite advantages of Guangdong, Hong Kong and Macau (and) deepen cooperation among the Mainland, Hong Kong and Macau”. As well as making a physical connection and a means of further economic integration, China has constructed a socio-political bridge that, for some, is not built on the most solid foundations. Will both sides of the divide will automatically benefit from physical connectivity. 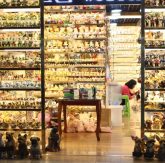 How China’s growth and connectivity with the wider world has transformed a little-known Chinese city. The city of Yiwu has been a beneficiary of “socialism with Chinese characteristics” as a state-sponsored enterprise zone. Local politicians are keen to promote the myth that Yiwu has emerged as the result of China’s contemporary Belt and Road Initiative, but since 1984 it has been allowed to express itself as an urban oasis of free-market capitalism and open-trading unlike any other city in China. 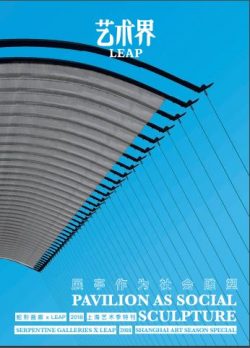 “…Li Xiaodong’s books The Chinese Conception of Space (1991) and Form-making in Traditional Chinese Architecture are deeply challenging for the Western reader. Through these and other contemporary texts it is clear that Chinese architecture still reacts to the pull of tradition, but the reasons for it seem to be contrary to the justifications used in the 1920s. Whereas traditional architecture was promoted as the essence of Chinese nationalism at the beginning of the 20th century and from which Modern architects rebelled, today we see modernising architects in China rediscovering tradition and embracing it…”
Read the essay here: Fresh SoilPages 19-23 (12-14 in pdf) 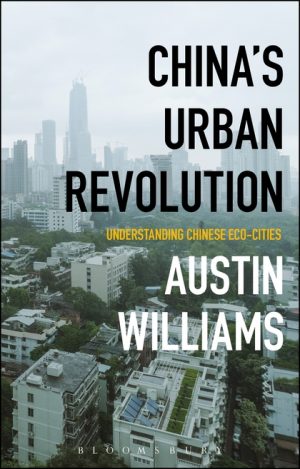 “An excellent book…delv(ing) into the testing grounds that are teaching the world how to – and how not to – build the cities of the 21st century”,
Wade Shepard, author, Ghost Cities of China

China is urbanizing fast. By 2025, China will have built fifteen new ‘supercities’ each with 25 million inhabitants. When author Austin Williams started researching China’s Urban Revolution in 2012, China laid claim to 11 Eco-cities… environmentally-friendly, sustainable, smart, low-carbon, urban centres. It now boasts 285. From the edge of an impending eco-catastrophe, we are arguably witnessing history’s greatest environmental turnaround – an urban experiment that may provide valuable lessons for cities worldwide.

This book explores the social, political, historical and cultural context for China’s environmental rise and rise. Williams, senior lecturer at Kingston School of Art and The Architectural Review‘s China correspondent, explores the progress and perils of China’s vast eco-city program, describing the complexities which emerge in the race to balance the environment with industrialisation, quality with quantity, and the liberty of the individual with the authority of the Chinese state.

Buy this book from Amazon

Style: In defence of…

Short essays that convey what was and what is important about “style”:

These provocations eke out the socio-historical-political conditions as “style” but are meant to intrigue, annoy, challenge, convince and ultimately to polarise and provoke a debate.

Forthcoming “Style: In defence of…” essays include: Karl Sharro on Islamic Architecture; Vicky Richardson on Vernacular Architecture; Theodoros Dounas on Constructivism, Sylvia Chan on Chineseness and Darran Anderson on Expressionism, Owen Hopkins on the Baroque… 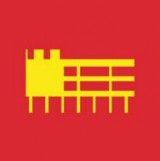 Given the unprecedented opportunities that architects have been given to build in China since the turn of the century, it is surprising that we should focus on a modest middle school in the suburbs of Beijing. Yet, as Austin Williams explains, the Chinese firm Atelier Fronti have tried with Baiziwan Middle School to make architecture relevant in a process which has very little regard for it.

The Greatest Buildings of the 21st Century series is not simply an attempt to celebrate the best in contemporary architecture although it is very much that. It is also a platform for architectural critics to explore in depth their craft through a building they admire. It asks one obvious question, “what is a great building?” but poses another more a complex one: “how should architecture be judged?”  This is a special bilingual English/Chinese version, translated by Chang Zhuojun.

The Lure of the City: From Slums to Suburbs

The United Nations describes cities as ‘dynamic centres of creativity, commerce and culture’. Conversely, they are often described as hectic, tense, polluted and overcrowded. Two distinct descriptions, but are they mutually exclusive? Don’t they both describe the city?

Is the city, the place of anonymity, or civic engagement? Will developing countries lose cultural identity in their transition to urban economies – and, if so, will it be worth it? Are cities dynamic centres of innovation and culture – or dated modes of organization? Are cities sociable, or anti-social? Should historic centres be conserved or demolished to create new? Are cities too impersonal or welcoming? Is a stress-free, uncongested city a contradiction in terms – but should we be striving for it anyway? Do cities encourage liberal free expression, or conformity?

This book explores the paradoxes, contradictions and challenges of an urban world.

“It is quite odd, even mildly bracing to read such a determinedly modernist book”…  “a provocative and very readable book.”  Edwin Heathcote, Financial Times

Buy this book from Amazon (UK)

The Future of Community: Reports of a Death Greatly Exaggerated

We are constantly being told that we are losing a ‘sense of community’. This book shows that the notion of community is actually under threat from the very thing supposed to protect it: relentless government intervention.

The family and collective institutions have certainly suffered in the face of market forces and moralising. But, the authors argue, a far bigger threat to social solidarities comes from the crisis of political confidence. Replacing a political vision for society with instrumental attempts to create ‘community’ has given rise to unelected ‘community leaders’, and formalised community relationships to the detriment of traditional freedoms. This book argues that for genuine communities to flourish we need a space, free from official intervention, where people can confidently negotiate their own relations.

Buy this book from Amazon UK.

This book examines the concept of sustainability and presents a critical exploration of its all-pervasive influence on society. Each chapter examines a particular guise of ‘sustainability’; from architecture to energy policy, from first world to underdeveloped world. It is, the author argues, a pernicious, corrosive doctrine that has survived primarily because there seems to be no alternative to its canon: in effect, its bi-partisan appeal has depressed critical engagement and neutered politics.

‘A well argued humanist alternative to the present conformist consensus – a very persuasive contribution by a thoughtful subversive.’  Frank Furedi, Professor of Sociology at University of Kent, author of ‘Politics of Fear’

‘A much needed diagnosis of the bleak anti-human pathology sometimes described as environmentalism’ Dominic Lawson, columnist for The Independent

Read an edited sample of Chapter 5 The Pessimists: Putting the brakes on China and India.

For further details and reviews visit the Enemies of Progress blog site.

Buy this book from Amazon (UK)

These two books are written and illustrated by Austin Williams and provide an idiot’s guide to construction. Presented in a journalistic style aided by cartoons, sketches and detail drawings, Williams says “effectively, I read the regulations so that you don’t have to”… (although there are plenty of references for further reading should you so wish).

“Although I have 25 years experience in Building Control, I still find that it is easier to explain regulations to a client using Austin’s Shortcuts than to refer to the Approved Documents.” Geoff Wilkinson, Vice Chair, Faculty of Building Control and Standards, CIOB

“Shortcuts is very much like its author: swiftly getting to the core of the matter in a precise and concise style. Importantly it also sees through much of the bureaucracy” Simon Allford, AHMM

Manifesto: Towards a New Humanism in Architecture

“We, in ManTowNHuman, believe that a more critical, arrogant and future-oriented cadre of architects and designers can challenge the new eco-centred, bureaucratic, anti-intellectual, fragmentary, localising consensus and in this way can lay the ground rules for overcoming the cosy rut in which architecture now finds itself.”

As featured in Penguin Modern Classics 100 Artists’ Manifestos: From the Futurists to the Stuckists

“I love this manifesto – it has guts and irreverence and gusto. Almost every aspect of it is designed to upset and maybe that is the point. It is wilful and dangerous, with a strong tone of belligerence.” Will Alsop

“This manifesto is the big reminder not to be scared of being scared or being scary… I loved reading it.” Thomas Heatherwick

Find out more about mantownhuman here

For a hard copy of the manifesto, please send an A4 s.a.e. to 45 St Lawrence Court, De Beauvoir Estate, London, N11 5TP.

Big society, broken society, sick society, stuck society? Who gets to say how we should behave when it comes to what we smoke, drink and eat? Politicians, nudgers, doctors? Should volunteering for the greater good be compulsory? Does living life dependent on welfare risk actually making people morally and physically sick? Should our schools become engines of social mobility’ or are they ill-equipped to tackle ingrained social inequalities? Written for the Battle for Social Policy debates at the Battle of Ideas 2011, these essays take a step back from the minutiae of policy-making to consider the wider societal implications.

Attitudes to the City

This Attitudes to the City research paper investigates the attitudes that people have towards crime and anti-social behaviour and how their views reflect – or impact upon – their primary concerns of city life in the UK. It explores issues that are often regarded as ‘problems’ for cities and society.