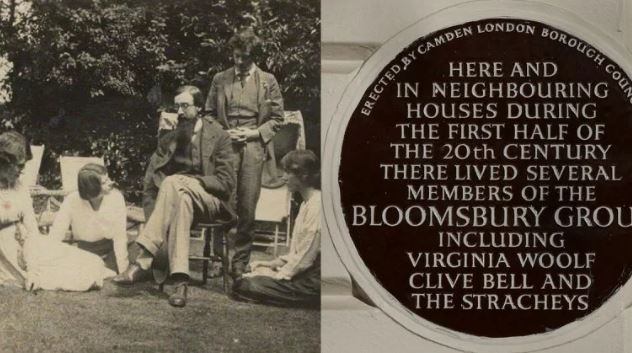 Bloomsbury of the 18th Century was a suburb of the City of London and a place where aristocratic families established London dwellings. The Great Estates of the Earls, centred on the London squares, gave Bloomsbury its identity.

Yet by the early 20th Century Bloomsbury had failed to sustain its exclusivity. The children of the nearby Victorian rookeries were a threat; but the modernizing forces of the nineteenth century did the most damage to the old order. Bloomsbury’s lodging houses, as CLR James noted, exposed the newly arrived to that distinctly new urban person: the Stranger. The Bloomsbury Group comprised children of the suburban aristocracy, choosing to live in an area that was in many ways declassee.

The Bloomsbury Group comprised authors like Virginia Woolf, Lytton Strachey, E.M. Forster, economist John Maynard Keynes, and post-Impressionist artist, Roger Fry, among others. It was an influential group of young artists, intellectuals and writers who made the neighbourhood their home and embraced and experimented with modernity in their art, literature and lifestyle. They lived in squares and loved in triangles. Some hint that the Bloomsbury Group were “champagne-swigging proto-fascists” while others that they were “important thinkers and innovators”. Should the former influence our appreciation of the latter?

Bloomsbury then was a liminal space: in-between affluence and poverty; in-between the old order and the new; in between the Londoner and the newly arrived. Today it remains a place of connection: teeming with academics and students, tourists and transients. On the hundredth anniversary of Lytton Strachey’s “Eminent Victorians”, what of Bloomsbury now? Let’s explore.

Walks and Talks are £8 (£5 concession) collected on the day. 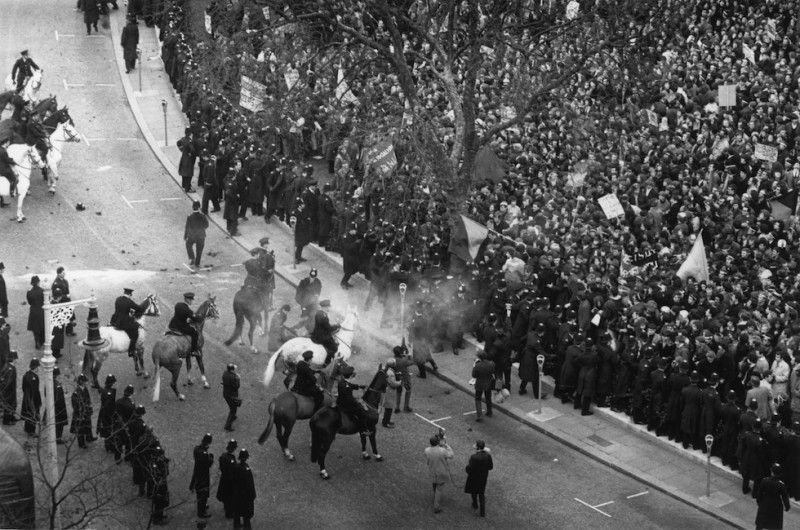 On the 50th anniversary of the Vietnam War protests in Grosvenor Square, join us for a one-hour political history walk, with James Heartfield, journalist, lecturer and author.

Donald Trump condemned the recent relocation of the American Embassy to south London eulogising the embassy’s original location in Grosvenor Square with typical Trump hyperbole: “we had the best site in all of London. The best site”. Indeed, the embassy was at the heart of theLondon Estate owned by the Grosvenor family since the 17th century, including Mayfair and Belgravia. The embassy has been demolished but the statues of Roosevelt, Eisenhower, Reagan remain.

The original London US Embassy – Eero Saarinen’s modernist masterpiece – opened in 1960 just in time for John F Kennedy’s presidency the following year and was the scene of violent protests against the Vietnam War towards the end of that same decade. Although we shall mention the story of the Grosvenor Estate, we are primarily going to be retracing the footsteps of the UK anti-Vietnam protests exactly 50 years ago.

The initial demonstrations occurred on 17 March 1968, but a much bigger rally took place on 27 October with 250,000 marchers. In the ensuing violence many hundreds were injured. Labour MP Peter Jackson said that he was “outraged by the violent use of police horses, who charged into the crowd even after they had cleared the street in front of the embassy”. This walk will relive that battle, occasionally reflecting on the voices of protest political leaders Tariq Ali and Vanessa Redgrave; recounting the battle and the actuality of Vietnam War.

After this initial account of the War, we shall retreat to the site of 1960s Peace – Carnaby Street – the beating heart of Swinging London. One year before the Grosvenor Street battle, London was experiencing the Summer of Love, while US Air Force B-52s were dropping 800 tons of bombs a day on North Vietnam. 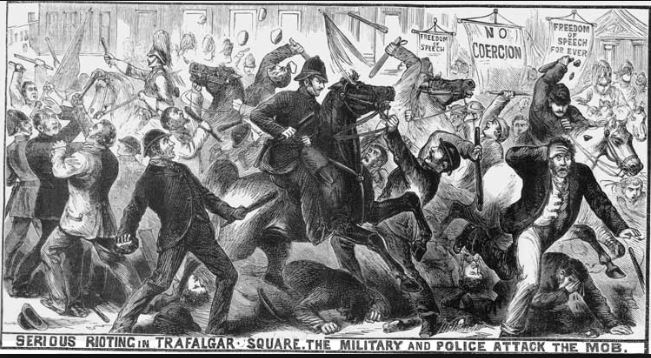 Join us for a one-hour walk around Trafalgar Square and its surroundings, with Vicky Richardson, associate director of the LSA.

From its opening in 1844, Trafalgar Square was a symbol of a self-confident nation. From the hey-day of the Napoleonic Wars through to its current status as a tourist attraction and occasional event venue, the square has embodied the shifting meaning of civic space.

Though its name suggests national aggrandisement, its public character was given shape by it being chosen as the site of the National Gallery long before the name “Trafalgar” was even mooted.  Languishing primarily as a site of protest for many years, only recently has the square been restored as a civic space but its imperial statues sit uneasily within an age uncertain of permanent monuments.

This talk will explore the origins and purpose of Trafalgar Square. Why was the former Royal mews transformed into the symbolic centre of the, then, largest city in the world? What sort of public were the teeming crowds that so impressed foreign observers in the 19th Century and how did the civic space of London shape them? Are the ideals of nationalism (the statues, Nelson’s Column) and the demos (the square as a meeting place, site of protest) as contradictory as they seem or is the process of people coming together in the square only made possible by a vision of what that space represents?