Home » Articles » The Right Time for the Night Time

The Right Time for the Night Time 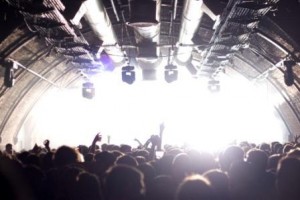 The Night Time industries are vital to Britain’s future both culturally and economically.

Now that the dust has settled after the General Elections, it is worth reminding everyone that said they are “pro business” and particularly intere ted in the employment of young people as well as small businesses  that there is an enormous success story in our capitaland across Britain that is leading the charge for economic vitality as well as cultural innovation. What is this great story? It is the dynamic and constantly evolving Night Time Industry.

Tourists know it of course – as these days many more young people are flying on Easyjet or coming on the Eurostar or from further afield, to dance at our world-class clubs such as XOYO, Fabric, Ministry of Sound and exciting events such as LWE and The Hydra. Indeed, while many still come to see Madam Tussauds and Buckingham Palace – many more are visiting our incredible array of bars, street food festivals, pop up events and music festivals. In fact, in Britain over 300 million people visit for a meal or night out annually which provides us with the 66 Billion Pound Sterling revenue generated.

As we ponder and reflect upon how much we like the way both London has evolved in the past decade in a variety of ways as well as the cities around the UK, so much of it has been directly as a result of the innovation that is at the heart of our Night Time entrepreneurs. Urban planners often like to quote Jane Jacobs, who wrote The Death and Life of Great American Cities and also talked about “social capital” and how certain activity would light up areas and be more encouraging for growth. Our enormously popular bars in so many boroughs have continued to push the boundaries of design and creativity. From cocktails on rooftops in Peckham and Hornsey, to craft beers in Hackney and terrific food in even the smallest of premises, London is thoroughly transformed by the immensely impressive fare that is on offer. More than that though, these premises brighten up the area, create jobs, pay business rates and have an enormous “multiplier” effect for the regeneration and reinvestment of areas. In fact, the Night Time Indsustries account for 8% of British employment – with a huge proportion of those employed being young people, who are disproportionately unemployed.

We often like to pride ourselves in Britain about our popular musical talents and contribution to the world, from The Beatles onwards. Imagine the landscape for a moment if we wanted to continue to forge such talent, with the most recent incarnations such as Clean Bandit, Ed Sheeran, Jessie Jay and Adelle without nightclubs and the night time industry. Recently I was in a coffee shop in Nashville, happily listening to Idris Elba’s Mi Mandela CD being played in the southern city that is a musical mecca.  From The Brits, to MOBO’s but also from London Fashion Week to Frieze Art Fair and The London Film Festival – so much of our cultural value is enjoyed, celebrated and tied up with our night time industry protagonists.

While many touched on the concerns of the economy in the run up to the election, nobody has come out in solid statements of support for one of Britain’s most important, innovative and dynamic sectors. Worse than that though – as these entrepreneurs are robust and happy to demonstrate their professionalism and profitability day in and out with a hugely adoring public – is the notion that somehow the Night Time Industries should be seen as connected to some tiny fringe of bad behaviour.

As we all know, the absolute majority of British citizens go out weekly and enjoy the culturally rich offerings that continue to be experimented with and provided for us by those that have the courage to put their energies and investments and selves on the line daily to bring us something exciting and new. Take the street food phenomenon for instance. Intimately linked in so many ways to the night time industry – from music that is played to the later licenses requested and the “festival” ambience and how much the public loves experiencing such delights as London’s Street Feast and Kerb, Leeds Feast, Manchester’s Urban Food Fest Glasgow’s Street Food Feast alongside the expanding stalls and trucks across our cities.

Yet sadly, despite all this good news, we have seen an attitude that aims to curtail and cut back and limit this enormous cultural contribution to UK Plc. Where we have seen some of the biggest successes in regeneration and popularity, in areas in London such as Shoreditch, Hackney, Camden and Vauxhall – which has also led to other industries such the highly prized tech companies arriving following the transformation by bars and clubs – have their venues come under enormous pressure from police and local authorities who have begun to tag bars and clubs directly with “Anti Social Behaviour” and crime. That is worrying, especially as violent crime thankfully has decreased in Britain, as cutting back license hours, preventing new premises from opening and imposing such heavy restrictions and security costs on an industry will only detrimentally impact all of society’s best wins.  Further, do Londoners and our visitors really deserve to be subject to breathalysers, sniffer dogs and various other suggested policies simply for wishing to go out beyond 9pm?

Further, we have seen just at the end of last week that Glasgow’s immensely popular The Arches receive a forced reduction from 3am to 12 midnight – primarily because it has diligently and professionally worked with Police Scotland and has had the very activity of handing over drugs used against it. The enormous contribution that The Arches provides to the fantastic city of Glasgow is hard to overstate. Penalising it in such fashion does an enormous disservice to the city and to all of us in the UK. No banks are closed down when there are armed robberies, no Tesco is shut down if there is a physical attack or drug incident – and motorways continue with traffic deaths and at Ascot plenty of people get very inebriated and some fall over. Quite rightly none of this is used, nor drug seizures in public buildings or transport, to argue that such operations be closed. The Night Time Industries should be afforded the same treatment. It is entirely counter-productive to curtail and make financially impossible such important cultural and economic contributors to the UK.

It is with this in mind that we formed The Night Time Industries Association. With a board that has some of the leading owners and operators in the UK and advisors including renowned concert promoter Harvey Goldsmith, The NTIA and Mother Agency Founder Matt Clarke, will be aiming to bring to government, local authorities and the Mayor’s Office the essential contribution to our cities of the night time industries.

Our night time entrepreneurs provide our cities with the professionalism and curatorial delights of international artists, inspiring entertainment and excellent food as well as being a cauldron for the next cultural phenomenon. In fashion as in advertising and art, all are influenced – and then influence back – our nightclubs, bars, restaurants & pop up stalls as well as festivals.  Indeed, London needs to be and is heading sensibly towards becoming a 24-hour city, with Transport For London planning to provide the service throughout the day and night to make us competitive with cities such as New York, Barcelona and Berlin. The Night Time Mayor of Amsterdam, Mirik Milan has become a friend of The NTIA – and sites how night time business generates such an immensely important cultural and economic contribution to Amsterdam. It is a brilliant initiative to have 24 hour transport in London – and we need a Night Time Industry that can operate alongside this to provide the world with what we do so well. We also need to ensure that up and down the country our dedicated, creative and impressive entrepreneurs are not stifled and clamped down on, due to wrong minded ideas.

We want as many club, bar, restaurant, street food festivals and stalls as well as festivals and promoters to join The NTIA. Together we have an enormously strong voice. We have changed Britain in the past two decades from a place where Friday night was referred to by some police as “Fight Night” and racism and other nasty elements were common – to a place where we are continually improving our landscape. Let’s not allow the Detroit effect to take hold on our high streets and urban centres.

So come join The NTIA. Tell everyone about us on Twitter and Facebook – and here’s to making a difference.  Remember, not so long ago Sundays meant bars closing at 3pm then opening at 7pm again. Some warned of mayhem and violence – but we all look back at that as just a weird notion. Here’s to a vision of the future that embraces one of our most important and successful industries – and to having authorities use us as examples of why cities are so great.