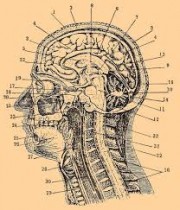 The latest edition to the AD Primer series comes in the form of Eric Parry’s contemplation on ‘Context’; a gathering of his personal preoccupations on specific locations and projects from a lifetime teaching, travelling and practicing. Parry cites his interests as between art, architecture and anthropology and it is this mix, alongside his background in education that makes this book rich with conceptual material.

Parry explores the theme of ‘Context’ through the phenomenological lens; he contemplates systematically on architecture through a series of reflections on personal lived experiences. Thus the book contrasts the current trend to describe cities quantifiably using statistics and projected growth expectations, in favour of Parry’s conception of the modern city as the ‘essential storehouse of human existence’. 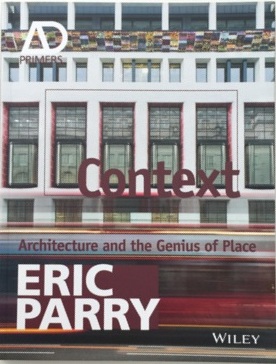 The book has a series of chapters exploring various themes: starting with the “grounded quality of architecture” in a discussion titled ‘Pavement’, it moves to a discussion on horizons and skylines in London, then through to streets and their dynamic characters, and finally ends with a chapter on nature as a backdrop for the experience of pleasure. The book reads like a design methodology. It could be useful as an introduction to the ways in which a study of spatial experiences can be implemented in the basic concepts of architectural design, thus using ‘Context’ as a term to place phenomenology under an architectural umbrella.

Each chapter develops a point through a series of precise descriptions of the minutiae of different cities across the world –  not only providing an account of the historical context but a complete description of its architectural qualities – that sometimes veers into fetishization (drawing a comparison between the ratio of window to wall area in a Parisian apartment building, for example). This is slightly tiresome but does allow him to ground his conceptual propositions in hard facts.

Each chapter ends with an illustrative built example from the practice’s portfolio. In this way, he constantly makes the connection between theory, education and practice.

The book is a very comfortable read, but it only develops the basic concepts of a phenomenological approach. This is consistent with other books in the AD series whereby the scale and extent of the issues means that they can only be a springboard for further reading and reflection., helped by a detailed bibliography and reference section that helps facilitate further research for the inspired reader.

Actually, the idea that the book is a single instance in a wider field of literature is consistent with the approach to design that Parry proposes. This is emphasised in the chapter titled Simultaneity, in which Parry discusses the importance of a conception of the whole through the relationship of its parts. Parry’s body of work also reflects this, with a wide range of images , including photos, cityscape paintings, historical drawings and personal sketches. Parry invites the reader to see the bigger picture.

Structured as a series of separate essays, the book lacks a conclusion making it hard to take its thesis as an argument. As such, it is an appropriate read for students who are starting to develop an “architectural approach” and who ought to know of these ideas even if they reject them. The book might not be so useful for practitioners who don’t already have an interest in contextual design.

‘Context’ acts as an introductory platform for a general design development strategy based on site, history and experience, but is written through a series of personal reflections of very specific locations. Therein lies an inherent criticism of the phenomenological architectural approach, being one taken from an individual’s own perspective. However Parry’s enthusiasm for his subject gives the book an optimistic tone, and thus makes it quite an inspirational read for those interested in architecture “in its broadest manifestation”.