“Style: In defence of Post-Modernism” 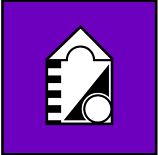 In this witty and robust defence, Adam Nathaniel Furman makes a case for thinking about postmodernism as a style and as a way life – or rather, as the expression of the diversity of ways of living that emerged in the 1960s in affluent western societies: Civil Rights, Gay Rights, etc. He convincingly elides these social phenomena with the various strands of architectural thinking that one finds recorded in the annals of the leading architectural schools in the 1970s (“Green architecture”, etc).

This is a nuanced, optimistic and calibrated perspective, free of the crippling self-conscious irony and faux mischievousness that typifies conventional discussions about postmodernism in architecture. It is an excitingly well written, admirably ambiguous and slightly intoxicating style of essay writing, good for the short form and hard to carry. It’s stylish without being gratuitous.

In defining postmodernism as difference – “messy, involved, contingent, clever and communicative” – and emphasising its progressive social dimension and its energetic contrariness, the author tacitly emphasises its continuing relevance today. Furman claims that far from being modernism’s opposite, “postmodernism in architecture was that rediscovery of the raging heart of modernity, the scintillating brilliance of art-forms and mentalities that harness the awful beauty of what the contemporary economy can offer, in all its monstrous abundance. It was the pulsing of liberal politics through the veins of a new kind of beauty, one that was all about the responsibility to think for yourself, create for yourself, position yourself, to stand up for what you believe in.”

I’ve often wondered what architecture influenced by Talking Heads, Paul Auster, Gerhard Richter (note his claim for “capitalist realism”) and Michel Foucault might be called. For sure, it’s nothing that Philip Johnson might like.

Furman also makes clear his view of the ridiculous nature of Johnson’s contribution to 20th century architecture. Stating soberly and outrageously that Johnson “killed” modem architecture by traducing it as a vacuous fashion (The International Style) – and in doing so condemning it to monocultural convention. Johnson later adopted the poses of postmodernism and deconstruction of course, and for Furman the former is a particularly arid moment in architectural culture: the imposition of establishment and traditional architectural motifs onto a thriving counter-culture in New York. He implies that Johnson’s “enervating, formalistic architecture” isn’t sufficiently sophisticated to account for the complex phenomena and “energy and passion” that influence imaginative design.

In essence, Furman’s argument is that to describe postmodernism, or modernism as a style, as Johnson did, is to misrepresent the relationship between creativity and ideas: to murder this energy and to reduce it to (a pointless?) taxonomy.

Certainly, the role of the art historian’s concept of style, irrevocably linked to the conceit of the 19th century myth of “epoch”, is extremely problematic for a civic, utile art such as architecture. In particular, it’s very difficult to see how these pseudo categories, both temporal and aesthetic, are relevant to what JF Lyotard famously described as The Post-Modern Condition. The series editors have thus set themselves an impossible methodological problem.

In this particular essay, for instance, if we are living in a postmodern situation, as Furman convincingly suggests we are, then how can you describe this ontological condition in aesthetic terms – other than as a style of being or becoming (as Herman Bauer described the Baroque)? In particular, Patrik Shumacher’s essay (“Style: In defence of… Parametricism”), for example, is at best, vaingloriously wrong-headed.

Style, like cool, is perhaps one of those things that it is best to leave others to talk about on one’s behalf. In common with Fight Club, the first rule of style club would seem to be, never talk about. Nonetheless, this series of short and provocative essays reveals the pluralism and energy of contemporary architectural discourse: and even its confusion.

Patrick Lynch, director, Lynch architects
See all other “STYLE: In defence of…” here.