The media reports that more than a quarter of architecture students in the UK have reported mental health issues.

This reply points the finger at where the real lunacy lies.

In May 2016, the National Union of Students (NUS) issued a report that concerns about debt are affecting the mental health of 36 per cent of students. A 2015 report by Universities UK titled “Student mental well-being in Higher Education” says that “every year one in four of the population experience a mental health difficulty”. In case we might assume that the percentage of students claiming mental health problems is declining, Universities UK reassure us that this is not the case: “almost certainly (this) significantly underestimate the true incidence (of mental health problems) within the HE sector”. Jumping on the bandwagon, a recent article by the Architects’ Journal speaks of increased stress and mental illness suffered by students in UK schools of architecture. The survey showed that 25 percent of architecture students have reported that they suffer from mental health issues related to their studies. As an architect, I too have suffered from anxiety, stress and occasional outbursts of anger but predominantly this has been the result of listening to the obsequious pandering responses to the latest survey.

Everybody knows that a cobbled together survey is something that journalists run to fill the gaps in a slow news day (and because it is easier to run a Survey Monkey campaign than to find some real news); that is fair enough. However, the fact that the survey results have taken hold and have caused leading academics to soul search about the essence of their academic discipline, speaks volumes about the parlous state of the education establishment.

There are a number of allegations in the survey report that need addressing, but I’ll tackle just a few here:

First of all, this is a report of student self-diagnosis. Architectural students in the survey complain that they have to do all-nighters, with 90% of the 447 respondents said they had had to work through the night. And? Are we meant to reason from this that somehow staying up late is some kind of tragedy? Are students now all going to bed at 11pm? The response to the all-nighter – some might say it’s an ever-present reality, others might describe it as a badge of honour – is that maybe students should manage their time better; after all, this is one essential educational lesson necessary to be an effective and efficient architect.

Architecture students report that they worry about not just debt, but they worry about the “fear of debt”. That is, they worry about worrying about debt. Here madness truly lies. Maybe architecture students – those who will design buildings – should be taught to understand the everyday concept of a mortgage, lest fear of home-ownership overwhelms them later in life. Maybe staff should stop ingratiating themselves with students. Yes student fees are scurrilous and unpaid internships are annoying, but either launch a campaign for free education or refuse to work for Dickensan practices; but don’t pretend that the situation is making you ill. Do something about it, don’t wallow in your mental collapse. If not, the consequences for the future of human agency are going to be disastrous. 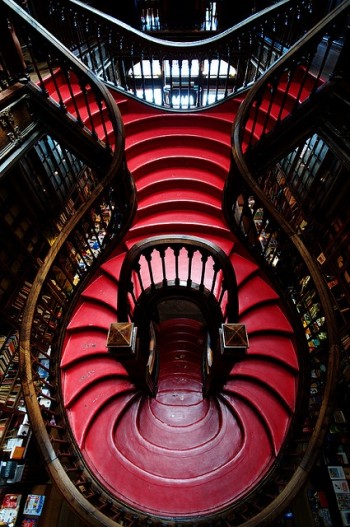 But the tendency on university campuses for students to retreat into safe spaces means that some students prefer not to confront certain harsh realities. Safe spaces, retreats in every sense of the word, are an evasion of the unpleasantries of real life. Aaron Betsky, dean, Frank Lloyd Wright School of Architecture says “The amount of hatred we confront every day begs for a safe space away from such verbal ugliness and hurtfulness.” Presumably he speaks for himself, but more and more the student community – clearly endorsed by academics – shy away from everyday difficulties. This evasion of reality is now regularly characterized as mental problems. This cannot be healthy. Social psychologist Jonathan Haidt, professor of ethical leadership, NYU-Stern School of Business says that it generates “an extraordinary fragility of the collegiate psyche, and therefore elevates the goal of protecting students from psychological harm. The ultimate aim, it seems, is to turn campuses into “safe spaces” where young adults are shielded from words and ideas that make some uncomfortable.”

In response to the bald statements (apologies to the “fact” that “some respondents had reported stress-related hair loss”) made in the survey, some academic figures have taken it upon themselves to interpret the survey results to suit their agendas. Robert Mull, ex-dean of The Cass Faculty of Art, worries that we should caution against models of education that are “based on individualism and competition rather than collective action and mutual support” adding that “we need to lobby government for changes to funding”. In some ways, this should give us caution about the political use of a non-academic student survey. The fact that students report an increase in mental health issues is, in some ways, because they are encouraged to report any “incidents” by university administrators; and also the definition of mental health have expanded to cloud the issue.

In the first instance: staff in universities are now prompted as academic advisers to act as frontline social workers, ever-ready with an untrained eye to spot a student who might do something. Lecturers are ever on the lookout for students showing signs of unhappiness – whether due to poor exam performance or breaking up with their boy/girlfriend – and referred to social services. In an escalating spiral, the number of students applying for “mitigating circumstances or extensions” – extra time due to stress or upset – is increasing. There is a student grapevine – fed by the university authorities – that sometimes encourages students to use this official process as a default procedure. Students know that they can get extensions of time, for example, if they demonstrate that they have anything from self-proclaimed dysmorphia to certificated dyslexia. 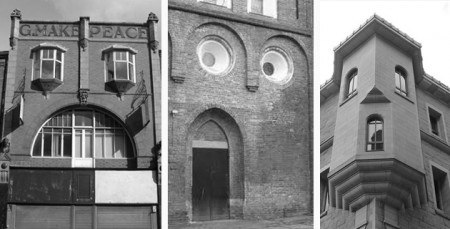 Secondly, the Mental Health agencies have defined mental health to be inclusive of many common situations. As Ken McLaughlin, senior lecturer in mental health at Manchester Metropolitan University says of school children: “The claim that one in five primary-school children has a mental-health problem conflates everyday instances of unhappiness with more severe mental distress.” But everyone wants to have a label these days. To allow students to feel included in the rush to self-professed vulnerability, the NHS has extended the definition of mental illness to include anyone with phobias, Obsessive Compulsive Disorder or anxiety; and the charity MIND includes: “angry behavior… stress… Seasonal Affected Disorder… and any kind of relationship with food that you are finding difficult.” So by all means, let’s have a grown-up conversation about this situation, but we need to realise that the terms of the debate are shifting dangerously towards perceiving of ourselves as mentally damaged, passive individuals rather than people who can deal with and resolve problems.

“There is a dangerous trend within architecture”, says Mull, “of taking pride in overworking oneself”. If only. The fact that students believe that they over-work (whatever that means), says more about their perception of reality than reality itself. It also sets a worrying standard for how they will tackle the obligations of real life. Getting a building designed and built is not always a 9 to 5 career option.

Finally, staff should stop using students for their own ends… jumping on a bandwagon of alleged student mental health in order to ease your desire to minimize the workload or to reduce the examination burden, is shameful. For example, to wheel out Anthony Seldon, the man who pioneered meditation while master of the £39,000/year Wellington College is a nice advert for the so-called well-being industry. Seldon revels in “cultivating non-judgmental awareness” and other non-educational standards by which education loses its educational content. Before long, staff will be proclaiming their mental health and well-being needs, to excuse themselves from the stresses of marking and doing any work.

Let’s not use mental health as a throwaway label or wear mental illness as a badge of honour. Mental health is a serious, damaging and tragic scourge in society, but the tendency for everyone to claim mental health damage – to equate stress with schizophrenia; disinclination with dyslexia – is the real tragedy here. It medicalizes education, pathologises lecturer/student relationships and it minimizes the sincere and painful difficulties faced by the genuinely mentally ill.