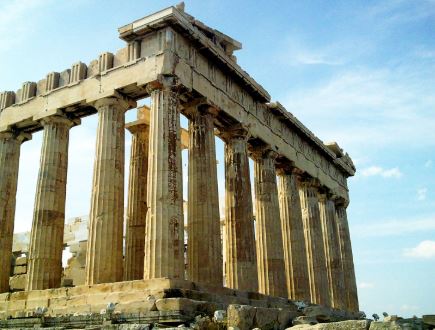 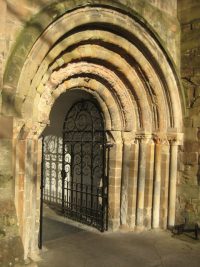 Many people seem to think that innovation in construction is something that happens as a matter of course. From Palaeolithic caves to living in Neolithic mud brick houses; from Greek lintels to Norman arches; from massive stone walls to slender steel frames; improvements in design, content, and material efficiencies are a signal feature of progress over time. While it appears that living conditions improve naturally as history moves forward, in reality progress requires conscious human intervention to challenge and change the old, less efficient, less imaginative way of doing things.

The latest phase of construction innovation has taken place over the last 25 years or so. Admittedly, some suggest that this recent period has generated more discussion about innovation than any real innovation in practical terms – more heat than light – but it is still an important discussion. Starting with Sir Michael Latham’s report “Constructing the Team”, policymakers recognised the inefficient, fragmentary nature of the construction industry and Latham proposed the need for closer teamwork.  Over time, this resulted in the emergence of Building Information Modelling (BIM) where a computer tool is relied on to encourage (or enforce) team working by integrating a common model that all those involved in the construction of a building have to use. You will work together is the maxim, it seems. It doesn’t confront the problem, it merely allows us – through technology – to pretend that the problem has gone away.

In 1998, Sir John Egan’s reforms aimed to improve the quality and efficiency of UK construction. Here, the Just-in-Time automated processes of the car industry were lauded (he was, after all, the former chief executive of Jaguar Cars). Why does a car window keep the rain out when so many house windows leak, he asked? Why cannot the car-production line be applied to the construction sector? These were – and are – eminently fair and reasonable questions that tended to promote the factory-production-line for architecture and construction. But it didn’t happen. And sadly, the reality is that after these forward-thinking, ambitious, target-driven interventions – the radical challenges thrown down by both Egan and Latham – fewer houses were built in the following 15 years than in the proceeding fifteen. 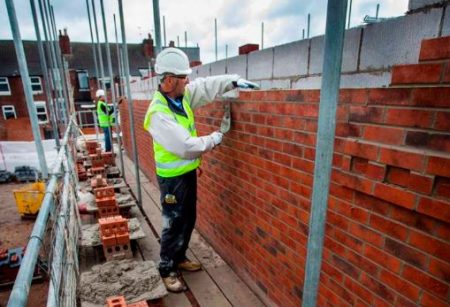 From the turn of the millennium, various government-sponsored initiatives arose to subsidize research on the subject. Some, such as the Movement for Innovation and the Local Government Task Force were said to lead “a movement for radical change in the construction industry” (1). By 2007, the Chartered Institute of Building noted that “innovation is regarded by many as crucial to the future of the industry”.(2) By 2017, the Building Research Establishment still agreed that “Construction innovation is becoming essential for transformation of the UK industry”.(3) Happily, everyone seems to agree that innovation is crucial to the resurgence of the construction sector.

And yet, the construction industry is stuck in the past.

Over the decade to 2016, the National House Builders Federation confirmed that a constant 85 – 92% of new housing has been constructed using traditional brick/block masonry construction (4), a labour-intensive mode of building that has ostensibly remained the same for centuries. Essentially, clay raw material is dug from the ground, formed in moulds, placed in kilns and fired into bricks, these are transported by lorry across the country where armies of labourers work for weeks and months, in sun and rain, to place one on top of another. 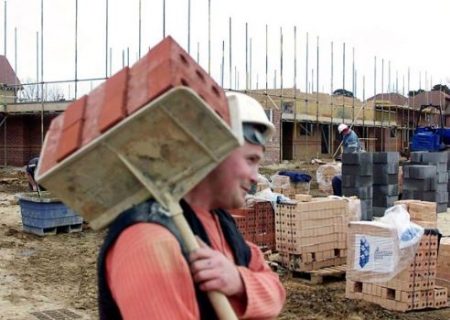 There was a brief period, post-war when new prefabricated techniques were almost commonplace. According to Chartered Surveyors, Peter Barry, between 1945 and 1955 “around 20% of new housing was system-built, amounting to some 500,000 units, with a further 750,000 units being constructed between 1955 and 1970” (5).

However, 60-70 years later, we still sanctify the “wet trades” – sticking block upon block, slapping plaster on it and painting it by hand. In 2010, at the height of the recession, there were 1.2 million construction labourers engaged in laborious processes(6). Surely, if innovation is required, here is a good place to start. But we have to recognize that if such an innovation revolution is to happen, then it is not going to be painless. As a vociferous opponent of Thatcher’s assault on the miners in the 1980s, I still realize that the transformation of the construction industry is going to have to be as radical if it is to be meaningful. Until then, we’ll continue to read reports that bemoan the lack of innovation. “It’s time to modernise the construction industry”, says the 2016 Farmer Review.(7) You don’t say! 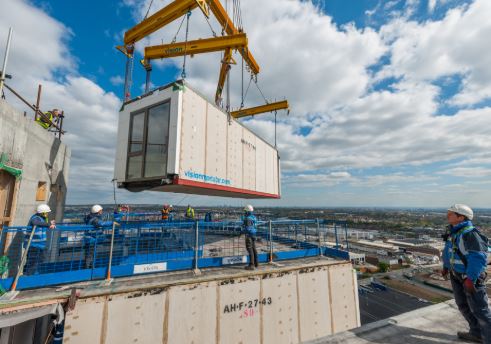 Brexit could be the one significant spark to help generate the innovative construction sector that we all need. It should, and must, force the construction industry to innovate.

In the UK, around 7% of construction workers come from other EU countries and 3% come from outside the EU. The Office for National Statistics reports that the London’s construction sector relies on 28% of workers in London coming from EU countries, and 7% migrant labour from outside the EU. Of the EU workers, the majority are from central and eastern Europe, while 10% are Irish. Even though The Farmer Report cites an extant decline in the construction labour force due to – not Brexit – but demographics (there will be, it says, a “20-25% decline in the available labour force within a decade”),(7) it is reasonable to assume that Brexit may indeed result in a shake-out of foreign workers labouring on sites across the country. But this needs careful assessment not knee-jerk reactions. 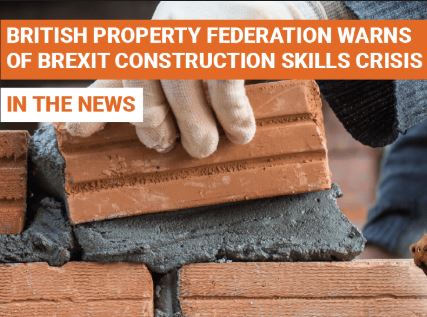 Polish plumbers do not relish sticking their hands up the U-bends of the British public for the rest of their days when they could be employed back home laying much needed infrastructure; not all Romanian labourers are content to shovel gravel on the driveways of East Cheam when they could be building houses in their home towns to create a better quality of life for their children. The success of EU free movement has created a flow of poor people desperate to make something of themselves away from home, but not all enjoy the menial lifestyle that they have to endure to achieve it. It takes skilled and semi-skilled labour away from where it is needed. Of course, like the characters in Auf Wiedersehen, Pet, working abroad for short stints to amass some cash is a legitimate sacrifice for many. But many migrants will not be sad to leave their badly-paid, labour-intensive, shift-working existence crammed in the modern-day tenements of north London provided that, there are opportunities elsewhere. This is not a legitimization of “a tough immigration policy” (as Brexit ought to provide the chance for a more liberal immigration policy) it is a chance to improve working conditions and modernise a Dickensian industry. Industry needs will change and the consequence should be to allow people to make their own decisions rather than be driven by capital flows and an iniquitous labour market. 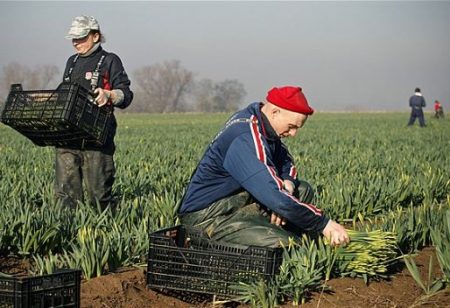 But if Brexit makes it more difficult to recruit menial manual labour (and there is nothing yet to say that it inevitably will), then this could provide the stimulus for innovative change. “Cheap labour” and “labour intensive” are the hallmarks of developing countries and nothing to be proud of. Mechanisation, and investment in the next round of productive forces is important for the development of society through the liberation of workers from common drudgery.

The Economist magazine recently described Brexit’s potential impact on the farming sector. By withdrawing the Common Agricultural Policy subsidies and the looming threat of restrictions on cheap, exploited, Bulgarian and Romanian crop-pickers, there ought to be a drive for efficiency and innovation. One picker describes starting work at 5am until late afternoon earning £500-a week for six weeks of six-day work.(8) The Economist says: “Brexit will force a change in farming that could change the face of rural Britain” and after reading about the paltry wages, we might add, “for the better”. Of course, it might simply increase the price of strawberries and seasonal vegetables. It might be that farming industry will refuse to play ball and British grapes will literally wither on the vine post-Brexit. But it should present an opportunity that can and should be seized. Cheap labour contents itself with a lack of innovation – why invest in machines when you have thousands of expendable workers willing to slave for a pittance? This is something that we ought not to condone.

Drawing the analogy back to the construction industry, the same opportunity prevails. Just as machines may pick crops… so machines may spray paint houses. Factories might make mass housing. Machines might 3-d print homes. 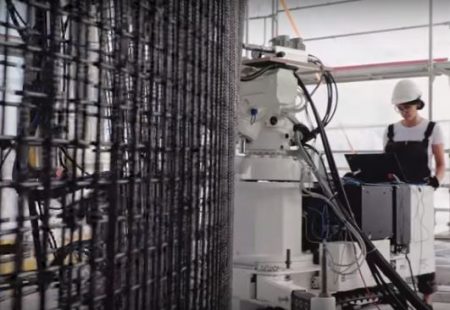 Obviously, none of this will happen if we perceive Brexit as a danger. But it is equally true that Brexiteers need to see this as a challenge. It is not a done deal. Innovation requires conscious planning for results to mean anything. Simply shaking up industry doesn’t mean that industry will respond positively or progressively. It requires political will. As the Egan Report said exactly 20 years ago, “we are issuing a challenge to the construction industry to commit itself to change”. Let’s seize the day.

2. Jamie Dale, Innovation in Construction: Ideas are the currency of the future, CIOB Survey 2007 https://policy.ciob.org/wp-content/uploads/2007/09/Innovation-in-Construction-Ideas-are-the-currency-of-the-future-September-2007.pdf

8. William Booth and Karla Adam, Brits don’t want to work on farms – so who will pick fruit after Brexit? The Independent, Saturday 4 August 2018 https://www.independent.co.uk/news/uk/politics/brexit-eu-agriculture-farms-fruit-picking-migrant-workers-labour-shortage-a8469806.html