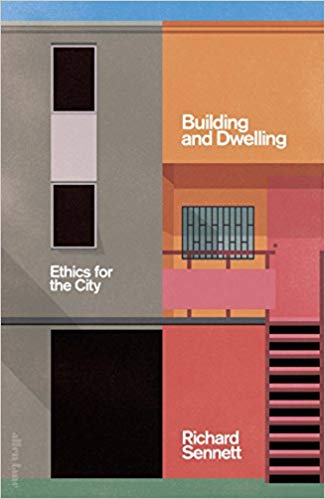 Richard Sennett’s “Building and Dwelling: Ethics for the City”

Anyone who thinks about the City and its relationship to people, should be interested in this book. It is complex in the same way that a city and its relationships to people is complex. Sennett explores an age-old dilemma and tension: that between the physical make-up of the city and the people dwelling within. He engages with that complexity drawing on the insights of philosophers and thinkers of the past and attempts a tentative answer to some of our contemporary dilemmas.

The book should be required reading for anyone wanting to grapple with the ethics and history of urbanism or wanting to draw on Sennett’s own unique sociological knowledge and practice. It could be read as a philosophical exploration of what it means to live in a city. In this reading Kant, de Tocqueville, Heidegger and Simmel predominate. Kant’s concept of “unsocial sociability” expressing the sense that people both need to get, and fear getting involved with other people provides the tension. De Tocqueville warned about the tendency for people to retreat into private life at the expense of the public. Heidegger takes this tension to its logical conclusion, retreating from the city to his hut in the Black Forest. Simmel examined our schizophrenic urban behaviour when engaging with the city and how we need to use a mask to shield ourselves from the sensory bombardment of the urban experience.

Urban history is told through the transformative figures of Haussmann, Cerda and Olmsted providing a benchmark for his investigation. Sennett is sensitive to the historical rupture which occurred when attempts to unite Cité and Ville were dropped in favour of a more piecemeal approach centred around community and neighbourhood. Over time a more pragmatic additive approach came to predominate.

Sennett doesn’t appear to lament the passing of these old transformations although he is aware of their continued appeal – in the modern context – of how you provide for the new mega-cities of the East. When confronted by the reality of the transformation of Shanghai, for example, Sennett is fully aware of the shortcomings of the ‘western’ postmodern outlook. Shanghai seems to bring into existence the dreams of Le Corbusier and his blank slate ‘Plan Voisin’. And yet the Chinese are nevertheless experiencing what Walter Benjamin identified in an earlier period as history moving forwards while looking backwards at the same time. Forms of nostalgia emerge from the dislocation of growth. 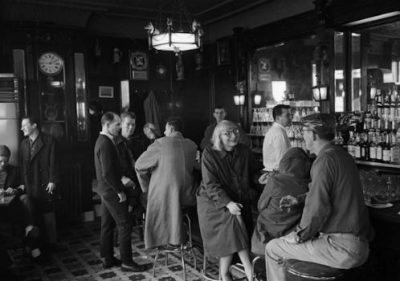 Amidst all of the philosophical and literary references it would be easy to get distracted from some of the central themes and assertions of the book. For those of us of a certain age, our own past weighs on our deliberations. For Sennett that influence is clearly Jane Jacobs and her seminal work “The Death and Life of Great American cities” written in 1961. There is a photograph included in the book with Sennett and Jacobs in a bar in Greenwich village deep in conversation and her influence on Sennett is still apparent some 50 years later. Jacobs captured a moment when people began to turn against the authoritarian masterplanners of the post war era. Even though Sennett gives a good account of the shortcomings of Jacobs’ view of how the city should develop incrementally from the bottom up rather than top down, was Jacobs just projecting her narrow bohemian world of Greenwich village without considering the scaling up that is necessary for progress to be made? Did she get the balance between the built and the lived wrong? Was Lewis Mumford (at the time one of the critics of Jacobs’ viewpoint) correct in pointing out that for the citizen of the city to really assert their own agency they need to have a vision about what the whole Ville should look like rather than retreating into local life. In effect the Sennett book is an attempt to answer the question posed by Jane Jacobs many years ago: “So what would you do?”

Recognising the fractured nature of the urban dream today and the hybrid forms that have come to predominate, Sennett attempts a tentative and contingent approach that he clearly wants us to adopt. He makes some very good points about the hybrid nature of our urban world today. How planners have become the servants of projects and that it is often the state itself that is playing the role of core investor in these projects. You only have to think about the developments in London based around transport hubs, largely state-financed that have acted as catalysts for the redevelopment of Canary Wharf and Kings Cross to recognise the reality. For anyone who remembers the London before these developments took shape the results are actually quite inspiring. 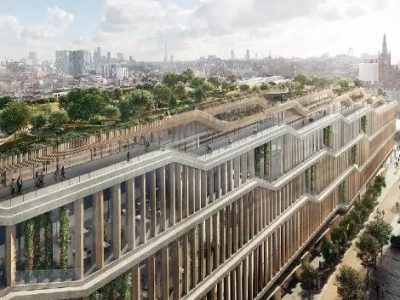 Why shouldn’t Catford have what the financiers of Canary Wharf have got? But for Sennett, Jane Jacobs casts a long shadow and he cannot help fear the Googleplex at Kings Cross. For Sennett it exemplifies the “stupefying effects of misused technology” and fast-track growth. Sennett proposes the open Smart City as an antidote to some of the trends he has identified. Whether the trends are negatives – and whether his solutions are positive – is open to question. For Sennett urbanists can learn from the poor who work with incomplete forms and he sees the form of “the Shell” as the foundational shape that architects and planners need to work with. The Shell creates forms “whose possibilities are not exhausted in any particular configuration imposed at the start”, reprising Jaime Lerner who used the metaphor of a turtle, “whose solid structure represents the city and its different parts living, working and moving together. If the shell is cut and fragmented, the turtle will die.”

Building on his previous work in the Craftsman Sennett is fascinated by Man the maker, “Homo Faber”. Here, making and constructing The City has to be a collaborative effort. Engagement with others – notwithstanding our ambivalent attitude to them – must involve shared work. Sennett is aware of the consultative approach that predominates today and sees it correctly as a top down exercise largely based around a pre-set agenda. It is the distinction between consultation and collaboration that is unclear in Sennett’s work. Could we have prevented the Grenfell Tower disaster if the tenants had been engaged in a more collaborative way with the Council planners as Sennett claims? Given that the agenda for the refurbishment was based around the government’s fabric regeneration targets, where does the distinction between consultation and collaboration lie?

In many respects Sennett’s perspective aligns and flatters many of today’s practices rather than challenging them. Environmental resilience forms the backdrop to Sennett’s theories, a concept so mainstream that it could hardly be considered radical, it’s actually an establishment mantra. When he claims that we “need to work with nature rather than trying to dominate it”, he sounds like a cut-price Prince Charles.

Is it really the case that new urban forms that are bold, experimental and appeal to the transformative impact of creativity on nature, are out of bounds? Are there to be no new cities in the West that can prioritise the human? Given that Sennett has such an impressive body of work that connects us back to a time when this confidence first started to wane, this book could be a spur to further questioning. For me the question raised by Lewis Mumford in his dispute with Jane Jacobs all of those years ago still resonates. Can we engage the citizen of the city in a vision for the whole city, or nation and maybe move away from the infatuation with the local and the small scale?