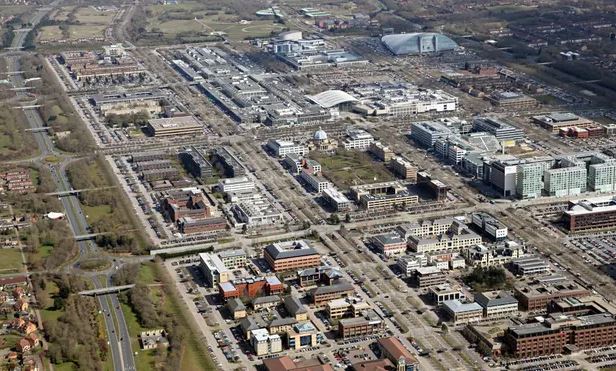 How about this for an urban proposal? Let’s requisition thousands of acres of agricultural land, demolish a series of historic villages, dig up an area the size of Disneyworld, knock down a range of ancient buildings, relocate local communities, import tonnes of concrete, construct a grid of roads to encourage personal car journeys, and build a city of the future.

“It would never happen here”, I hear you cry. “Preserve the greenbelt”. And “What would Greta Thunberg say?” But even though the proposition might sound like something that could only emerge out of the imperious minds of modern Chinese urban planners, it is actually a description of rural Berkshire some 50 years ago.

This is the foundational story of Milton Keynes and as far as I am concerned, it is a narrative of urban development that needs to be reclaimed if we are to deal with the needs and desires of housing and urbanisation for the 21st century. If we are to build a new city, then MK represents the experiential cornerstone. It symbolises the kind of bold, creative masterplanning that we desperately need but haven’t seen the like of since those crazy days of the 1960s. 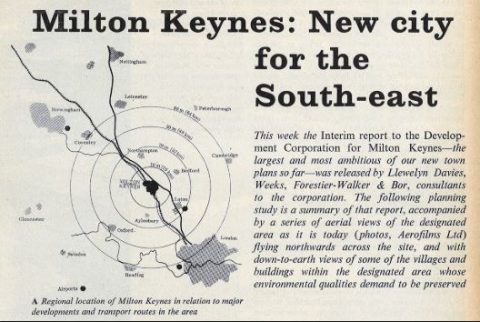 Remember this was the decade of the space race: the era when Kennedy famously spoke of sending a man to the moon and other ambitious projects “not because they are easy, but because they are hard.” In this heady climate, risk-taking, experimentation, future-gazing were watchwords. In the UK, the architectural collective Archigram were playing with optimistic, avant-garde, space-age, consumerist ideals. (I bet you haven’t heard any of those phrases used positively for a while). Not all creative ideas at this time were practical but they utilised that progressive moment to think the unthinkable, and out of such a liberating spirit came ideas for a brave new urban form. The primary goal set by the designers was that of “opportunity and freedom of choice”.

Compare the enthusiastic tone of MK’s designers with the miserablism of today’s so-called creatives? The mere suggestion that we might build a new city sends the environmentally-woke generation into paroxysms of confusion. Where once architects had a belief that they could construct a new world, now we are told that we should limit restrict our effect on the world. Where once architects understood their impact to be creative and constructive, now they regularly apologise for the destructive consequences of their everyday activities. 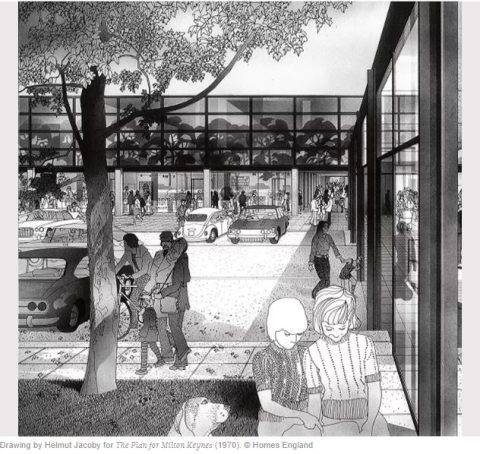 This philosophical volte-face has undermined the chance for a serious discussion about the human-centric transformation of the natural world that would be necessary for a meaningful urban-scale planning policy. For a decade, the mantra that one should “minimise one’s impact” has become a self-flagellating admission of culpability in the much-hyped harm to the planet. Architecture has long been viewed as a humanistic profession, but lately – and arguably for the first time – it is regularly cited as representative of our species’ ultimate destructive hubris. The watchwords of today seem to be restraint, limits and precaution. Today, architects talk about the creative possibilities arising from “disruptive thinking”, but this is in inverse proportion to any actions that might rock the boat. Change-agents now fear that their actions might potentially destabilise the status quo.

Within this less adventurous – or more paranoid – frame of reference taking hold in society today, modern urban commentators and practitioners prefer to wallow in the comfort blanket of their surroundings rather than to challenge them. The future, that was so inviting for the designers of Milton Keynes, is now viewed with trepidation rather than expectation. Nowadays, architects talk of “future-proofing” while engineers seek to “disaster-proof” the urban environment; each for the avoidance of unspecified hazards that may or may not be around the corner. Our contemporary conversation seems to be one of designing everyday buildings with disaster in mind. Milton Keynes arose in an altogether more optimistic era, but it also had the confidence to stand up to its fair share of criticism.

In many ways, Milton Keynes was influenced by American decentralisation policies related to suburbanisation and the growing middle class’ aspiration for better living standards, quality of life, and increased, affordable mobility. Today, mobility may be frowned upon, especially if you dare to choose the car, but back then, the car provided the social glue that allowed families to relocate, to become economically mobile and yet still stay in touch with home.

At the time, Lord Beeching was reducing the rail infrastructure, viewing the car as the alternative to the polluting steam engine, and providing a greater freedom for those stuck in the countryside with no access to a local station. It also gave rise to the relatively low-density, American motor cities that Milton Keynes was trying, in some ways, to emulate. That said, initial plans for Milton Keynes envisaged a monorail linking a network of small communities to a central urban hub. It wasn’t all about the car, but about quality of life for ordinary citizens. 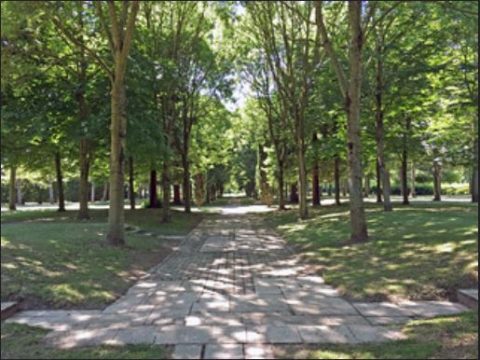 Lest we forget, the city comprises almost 40% of green space such that the population is never more than 1km away from a park. Over 22 million trees were planted and 300km of cycle paths still provide an integrated means of traversing the city. The point is that cycling wasn’t prioritised. Driving wasn’t restricted. Instead the designers provided residents with transport options. MK was born out of need, designed by visionaries, funded by the state and nurtured by a sense of possibilities. The central district focused on the railway station to allow commuters to get to London, just 50 km away, in relative ease.

Milton Keynes was an adaptation of Ebenezer Howard’s romantic Garden City satellite city ideas at the turn of the 20th century. An idea that melded town and country into an environmentally-attractive city. Milton Keynes was a global exemplar for new community building. Fifty years ago, the Prime Minister and The Queen paid official visits; the latter opening the council offices, while Margaret Thatcher opened the shopping centre. Hard to believe that tasks that might now be performed by minor celebrities had such a high-profile importance back then. But Milton Keynes was a huge political gamble.

Indeed, Milton Keynes seems to have worked rather well, but that is not to say that it can rest on its laurels. It needs to expand, to invest, and to innovate. Milton Keynes’ gridded road network, for example, was designed to be expandable allowing the city to grow by plugging on new grids, so that a new generation might avail themselves of the benefits of this intriguing planned city. Such opportunities must not be lost in the contemporary tendency towards urban low horizons. Milton Keynes must not be treated as an artefact from the past, but as an ambitious idea that tamed and transformed the natural environment for the good. Milton Keynes: designed by humanists, for humans.