Home » Articles » Book Bites: Mark O’Connell’s “To Be A Machine”

Book Bites: Mark O’Connell’s “To Be A Machine” 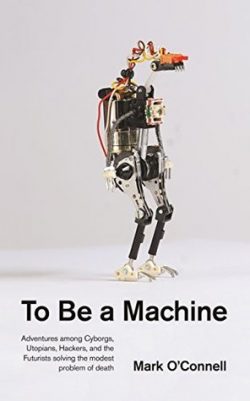 To Be a Machine, is Mark O’Connell’s curious and engaging journey exploring transhumanism, artificial intelligence and robotics takes the reader through futurist existential pursuits, to pose questions about death and mortality, the relationship between man and machine, AI and the human mind. Framed with the subtitle: ‘Adventures Among Cyborgs, Utopians, Hackers and the Futurists Solving the Modest Problem of Death’, we career into a cast of notable people – including some downright eccentric characters from the tech and science world – who are preoccupied with the endeavour of merging human life with machines.

One such is Max More, founder of the transhumanism movement and CEO of Alcor, a cryonics facility, where the living can make arrangement – at substantial cost – to have their body suspended soon after death. In an unknown future moment, when science has overcome ‘the problem of death’, they will be reanimated. Randal Koene, a computational neuroscientist who is actively working on encoding memory through his company, Carboncopies, brings together research on AI, nanotechnology, brain imaging, cognitive psychology and biotechnology. His eventual aim is to develop a digitally duplicated self, that can exist on any bodily form that technology permits. Todd Huffman, the CEO of 3Scan whose lab is a hive of optics, digitising devices, and slices of rodent brains preserved in glass plates is pioneering brain emulation and uploading. In defiance of physical entropy, the human brain might be able to live on as data in either another physical or virtual manifestation. 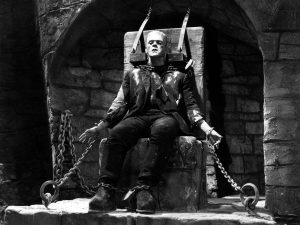 The wilder ideas O’Connell encounters on his investigative journey can seem like a circus sideshow, or of a Frankenstein’s monster. However, he foregrounds the strong connections to the techno-optimism of Silicon Valley, with the rapid development and investment in artificial intelligence, robotics on a corporate scale, and the mainstreaming of radical ideas. The fierce debates on the likelihood of Singularity will have escaped few, and O’ Connell sheds light on both the ambitions behind the leading figures who are shaping this possible future, and techno pessimism, the flipside fears of the same coin. Singularity represents the point at which artificial intelligence will surpass human capability, was notably foretold by ‘diviner of the technological future’ Ray Kurzweil, who sees a messianic role for technology and its future intelligence. Given that the many dire warnings about AI, robotics, and its existential risks come from many of the very same technologists and scientists who also revere these technologies, should we be paying more attention to ethics and who will benefit? 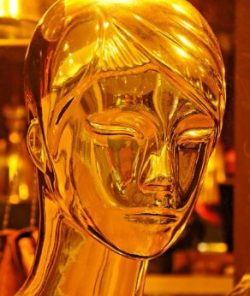 Swedish philosopher, Nick Bostrom, one of the original and prominent figures in the transhumanist movement, was one of the first to step forward to outline its perils. Stuart Russell, a professor of Computer Science at Berkeley alongside Stephen Hawking and Elon Musk have campaigned to reign in AI and introduce safety ethics. Russell uses the King Midas myth: granted his wish to be able to turn everything he touches into gold, who then turns his own daughter into gold along with everything else. The terrifying consequences of getting carried away with our own ambitions.

AI’s perceived danger lies inherently within its problem-solving and goal orientated drives, where potential scenarios may see our human selves as merely a means to an end. To achieve a set goal may mean an AI could well develop resistance to any actions designed to impede it. The huge benefits of technology increasing human capacities are dependent on the very human moral imperatives being programmed, or of AI being constrained.

The AI and robotics advances developed by the tech giants such as Google and DAPRA come not just with worries of arms technology for warfare, but about surveillance, control of data and ultimately about power and freedom. DARPA – the Defense Advanced Research Projects Agency, fund transformative technologies including Boston Dynamics, who have been perfecting the impressive human and animal like robots seen on You Tube. These impressive, thrilling and slightly scary looking robots are designed for both disaster relief and military warfare possibilities.

At the DARPA Robotics Challenge event, he marvels at the spectacle and ingenuity, laughs along with the crowd at their sometimes clumsy movements, while pondering at the prospect of an unmanned future, and how far robots could replace humans. Throughout his book he throws pointers back to the myths and stories that relate age old human anxieties around technology and progress. From Prometheus to Daedalus, and the science fiction that has inspired so many utopian and dystopian visions of the future: the fear that overreach could turn against mankind

The realms of consciousness stand awkwardly between human and machine learning, and intelligence. While the reflective and subjective consciousness from our experience is what makes us human, the work that many neuroscientists and philosophers are doing continually affirms that understanding of the human mind and consciousness is still limited. There is still little consensus around what actually constitutes intelligence and consciousness, and if the rapid advancement AI and machine learning has brought the discussion to vivid attention, it has also brought to the fore the same questions that O’ Connell asks.

He grapples with some of the more pervasive ideas around humans as machine to ask ordinary, intelligent and sometimes funny questions that probe this disconnect. The ambitions of the more radical transhumanists are pivoted and propelled around the view of humans as reducible to physical matter, with the concomitant notion that it’s only a matter of time before neuroscience can mimic the synaptic and learning processes that will enable AI to surpass human capabilities. What emerges are fundamental challenges to the notion of selfhood, and a Cartesian mind-and-body dualism resurfacing on a form of computationalism or scientism. 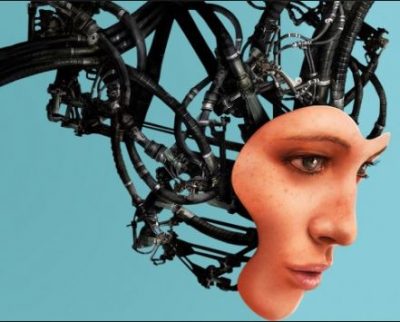 He is uneasy with the increasingly pervasive view that the human experience of the world is reducible to matter, physics and measurable quantification, ‘reducing human beings to data’ as if we are software, to be converted into code. ‘Enlightenment rationalism has been pushed to its most radical extremes disappearing ‘into the dark matter of faith’. While O’Connell confesses his own natural pessimism and fears, he toys with them to present a humanist view.

Some of these futurists have taken Enlightenment reasoning and twisted it to a quasi-religious adherence to a technological future… as redemption. Distorted in a post human mind-set which condemns humans to be inferior, presented as a kind of system failure or flaw that only technological superiority can correct. While believing himself a beneficiary of the advances of technology, and persuaded of possibilities, he resists the realm of experience being subjugated simply to the human mind as a machine-like realm to be conquered.

Ultimately, Mark O’ Connell’s book is a beguiling excursion into urgent topics: death and mortality, capitalism and power; alongside AI and technical capabilities. O’ Connell reflects on possible future technological marvels rooted in present-day ambitions and fears. His sharp and descriptive observational style is reminiscent of the portraiture essays of Joan Didion, describing vividly the people and scenes he encounters, while retaining an open mind and warm approach, all injected with a healthy dose of scepticism. Given that the question: ‘what does it mean to be human?’ has become commonplace, often resulting in cliché responses, this book presents a fresh take on the possibilities and anxieties about the future.

A pitfall of any book about technology, is that can easily become a snapshot of a moment, dating it quickly while time, technology and its capabilities whizz on by. To Be a Machine offers thought-provoking and humorous insights into the major shifts in thinking about the who, what and whys shaping of our world.