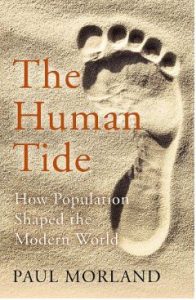 At a time when the western world (Trump excepted) seems fixated on saving the planet, it is salutary to read a book focused on the guilty party, humanity itself. Paul Morland has provided a panoramic view of the last 200 years and makes the claim that demography can play a key role in understanding that history. Demography now has the advantage of 200 years of accumulated knowledge and data whereby general trends affecting population can be assessed and predictions made about the future based on those trends.

Morland’s book is able to do what seemed impossible even 50 years ago. He can look at the empirical data objectively and divine a pattern that enables him to theorise about the outcomes. As he says, half a century ago any study of demographics would have been distorted by a wester-racialised worldview that could only see population in nationalistic and often racist terms. 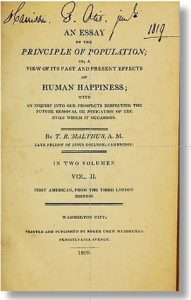 The theorist whose theory seems to have been disproved more times than any other (and yet keeps returning) is, Thomas Malthus who was writing about how population would always be limited by the natural limits of food production. His book, An Essay on the Principle of Population (1798) was published at the same time that events in England were beginning to disprove his theory. Counter to what Malthus assumed, improvements in food production – with the advent of technology, science, farming techniques, etc – was able to produce sufficient to cater for the increase in the population. As a consequence, the population boom could be easily catered for.

Morland is careful not to claim demography as the prime motor of history, but he does claim that without population increase – the force of numbers – history would not have worked out the way that it has. His book title refers to his belief that the world had entered an era of a human tide, with ebbs and flows. For Morland the British Empire would not have been possible without the increase in population… first experienced at home.

The British being the first to experience such rapid growth in the modern era, were quickly followed by the Germans and then the Russians. What demographers are now able to do is to see the general trends: once the Malthusian link is broken and enough food and liberating technology is available, progress begins to feed through to the general population. Families were made more confident that their offspring wouldn’t die of starvation or disease and so smaller families became acceptable. The initial population boom has to occur first in order that smaller family sizes can become an accepted social practice. In other words, dramatic increases in population affect different societies at different times and with various intensity. The human tide’s ebb and flow.

The unfolding human story of the last 200 years is a fascinating one. As Morland puts it, “The story of the human tide should be told warts and all, but it should also be told for what it is; nothing short of a triumph of humanity.” State attempts to stem the tide are usually futile exercises in state repression such as China’s “one child” policy or India’s forced sterilisation policy of the 1960s and 1970s and have little effect on the general trend. This trend does depend to a certain extent on women being able to exercise autonomy when it comes to family size and access to contraception and abortion and so religion and repression of women can distort the general trend. But Morland can provide enough evidence to show the general trend still holds for the world as a whole. Iran in spite of being an Islamic Republic has seen its fertility rate fall to below 2 as women have begun to exercise more autonomy and hence have reverted to the general trend. 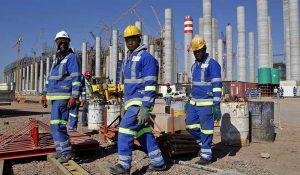 Where countries, and even continents, are experiencing transformation the effects can be dramatic. The rise in population can create a large enough cohort so that even with the decline in fertility the population will continue to increase dramatically. Nigeria has a population of 200 million but is predicted to level out at about 800 million by the end of the century. Indeed, the average age of the world’s population will get older and some countries will experience a fall in population.

Morland predicts that the world will become “more grey, more green, and less white.” Contrary to the environmentalist mantra about the dangers to the environment, Morland assumes that the world will get greener as the productivity of food production will still meet the demands of the increased population and therefore more land can be returned to nature. And the world will be less white as Africa works its way through the last great population boom. Africa may be experiencing a population boom at the moment, but it has yet to experience an Industrial revolution and without that the future is uncertain to say the least.

Morland is careful to not to overclaim too much for demographics as a way of explaining history and instead this book should be read as a corrective to the narrative that all of the ills of the world go back to the Industrial Revolution, and therefore we have to put all of our efforts into ‘saving the planet.’ The industrial revolution is to be celebrated for the liberation that it heralded, and we need to put all of our efforts in to spreading its benefits to all of the citizens of the world.