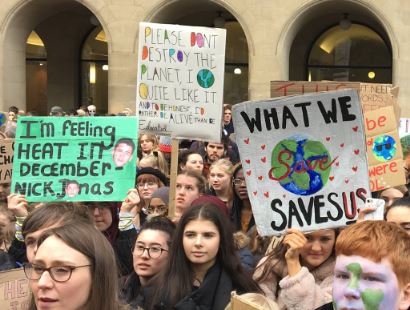 Millions of people around the world participated in global climate strikes on September 20th, inspired by teenage activist Greta Thunberg. With the UN Climate Action Summit beginning in New York next week, headlines are currently dominated by demonstrators – many of them children – calling for urgent action to stop climate catastrophe.

Celebrities and politicians, from Ellen DeGeneres to Obama, Sadiq Khan and Jeremy Corbyn have all signalled their unqualified support for them and their concerns. Boris Johnson outlines what he’s done to address cycling and recycling and the Lib-Dems Ed Davey has said “we have got to stop internal flights in the UK”.

City mayors from New York to Paris, from Copenhagen and London are united in their support for these so-called “climate strikes”. The world’s media, news channels and commentators from all backgrounds are writing up their copy with enough ink and paper to cause a minor environmental crisis.

But as someone who has always supported the idea that economic growth, technological advancement, the triumph of human ingenuity over nature, our collective capacity to solve problems, progress, etc., are almost by definition “good things”, I wonder what has happened to cause youngsters – often at the encouragement of adults – to give up their belief in development, question reason and feel afraid of the future. Many, of course, don’t even believe that there is a future!

Robert Colville suggests what the vague demands could mean in practice. Other commentators like Melanie Phillips and Rita Pahani are often dismissed because they don’t go along with the consensus, question the fears of eco-alarmism and are troubled by the extinction of reason rather than give credence to the “death of the planet” rhetoric, casually popularised here by Owen Jones (shown here in the Wetminster demo).

On Friday 20th September, I joined the children, parents and teachers gathering in Manchester for the Climate Strike on a glorious sunny day where there was a carnival atmosphere with infants in fancy dress, hippy teenagers, younger children in school uniform alongside teachers and parents, painted faces and banners and a lot of Socialist Workers Party slogans.

The city centre filled up with youngsters having the afternoon off. One group of girls in school uniforms had come with their headteacher on a coach from Cheshire. A family of Goths, mother, father and kids were dressed as mourners and very excited about the mass die in later. 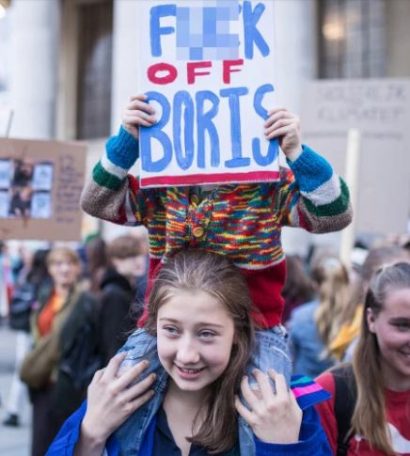 The Greater Manchester Mayor, Andy Burnham spoke on the platform alongside the kids.[1] He referred to the Emily Pankhurst statue (behind him) and her motto, “deeds not words”. The pantomime atmosphere continued with half the crowd cheering, and boo-ing any mention of Westminster or Boris Johnson. “We are behind you”, he said (tempting the response: “oh no you aren’t!). “You are right… and we as adults have let you down and you are winning the arguments”.

Older teenagers shouted “what have you done Andy?” He said he’d brought in free bus travel for 16 – 18-year olds. “Not enough,” they shouted, “not enough”.

Burnham pleaded that he didn’t have the power to change too many things and Westminster was the problem. The kids shouted “liar” and “hypocrite” and then: “What about Manchester Airport? What about Greater Manchester Pension Fund investing in fossil fuels”?”

Andy seemed peeved and yelled back: “We’ve banned fracking and there would be zero carbon on all development by 2028 in Greater Manchester”. “Its too late” the kids shouted: “Politicians have let us down… we are not being taught enough about the climate catastrophe”. Andy gave in: “You are right. Our generation has failed you… I am not arguing with you. We are giving you your voice and power. Look out for each other”, and as a tram sailed through the square), added “please don’t get run over by a tram”. He cares.

But he had one extra card up his sleeve: “We have set up a bed-every-night scheme for the homeless”. At this, there was an audible groan from the teenagers next to me in the crowd. After all, what has that got to do with the planet. “He’s done nothing,” they muttered, “he doesn’t get it – we’re all going to die!”

“I’m struggling”, he said. “If I could do more – I would do more – don’t blame us – blame the Tories – it’s the north south divide – do you know how much cheaper bus tickets are in London per mile?”

His time was up. He finished with: “Well done everyone. You’re right to challenge us. Carry on!” 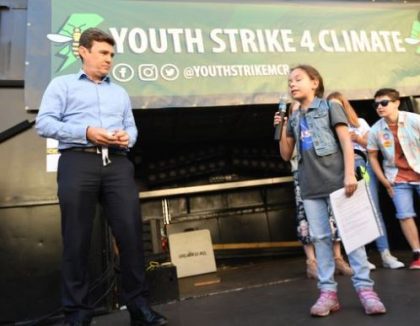 Diverse people were encouraged to speak – as long as everyone kept on message. Burnham stayed on the platform while a platoon of children came to the microphone to vent, and the local press snapped photos of the cutest and weirdest. A chirpy 10-year-old Greta look-a-like pulled out a script and demanded that the Mayor “tell the truth”. She went on: “ we are being catapulted into extinction, the system is to blame, big business and government are to blame, this is greenwash, lies, lies, lies,” she screamed.

Burnham smiled weakly. “Where is the action?” she continued. “What about the Amazon burning so we can have a burger on our plate? We cannot wait till we are old enough to vote, thank you. We rise”!

A teenager came to the microphone to point out that “if you eat meat you can do other things to help, tick tock, no time left”. To a roar of approval, she added: “Climate change is not racist or sexist”, adding without irony: “girls stick together.”

The closing statement from the platform reinforced the general message that the kids are smarter than politicians and much smarter than the system. Solution: Bring down the system! It seemed to all those youths who were getting carried away with themselves that this was simply a popular uprising of young people in a radical movement. Is it?

Well, populist it may be, simplistic definitely, but it is characterised by a terrifying misanthropy. It seems to contain all the narcissism of youth with none of the humility, bolstered by the hypocrisy of adults especially those politicians who should know better. While it seemed almost impossible to have a sensible and critical converstion with the protestors, it was equally obvious that there is no possibility of a rational debate with many of our politicians and business leaders about the arguments, actions and policies that might make sense. Slogans and virtue signalling is out of control. 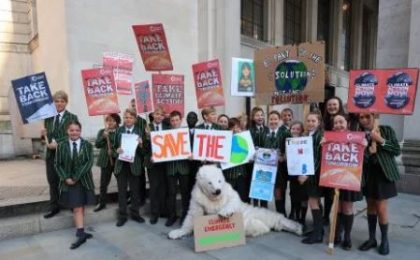 All this is reinforced by uncritical – or supportive – reports by the press and other commentators giving free reign to wild statements. Even, Andy Burnham who leads the devolved Greater Manchester Combined Authority and its economic growth strategy, its housing policies and its leading contribution to the idea of a Northern Powerhouse with growth and investment at its heart, tells the kids directly not to listen to their detractors and to carry on! “Don’t listen to your critics,” he said, to greater appreciative murmurs. Try as he might, he seemed trapped by his own words and the climate orthodoxy that implies that growth, cheaper goods, more industry, improved travel, greater investment, further expansion, etc., are the problem.

But isn’t it deeply cruel, irrational and cynical to let children think they are going to die because of climate change? Isn’t it a problem to pretend that economic growth is not essential – or that frugality is somehow environmentally benign. In some ways, I have some empathy for the kids themselves. After all, they are still the innocent ones. It’s the sycophantic adults that infuriate me.

The Combined Authority believes that the impacts of global temperature rise above 1.5°C is so severe that governments at all levels must work together and make this their top priority.
The Mayor of Greater Manchester, Andy Burnham, now intends to write to the Prime Minister to inform Government that the GMCA has declared a climate emergency.

The motion states that the GMCA will “take a mission-based approach to achieving this target date as part of the Local Industrial Strategy agreed with Government,” and to ensure that GMCA “maximises the economic opportunities presented by the move to carbon neutrality.”