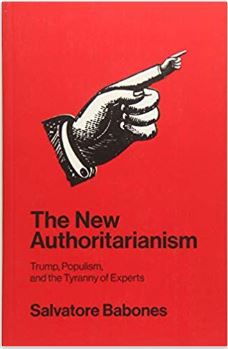 It is ironic that the same political parties and expert lobbyists who bang on about ’stake-holders’ are now resisting the outcome of Britain’s most significant stakeholder event of the century – the 2016 referendum about our membership of the EU. The experts who have repeatedly advised institutions – from the NHS to museums – to increase their stakeholder engagement by asking users what they want, clearly relinquish their commitment to stakeholders when they don’t behave as required.

Democracy – one person one vote – is the main way that a government allows itself to be held to account to its citizens and one person one vote allows each citizen a minimal but equal stake in the governing process. But recent developments look like undermining even that minimum level of citizen engagement. Experts seem to be growing increasingly dominant in political processes. Instead of just advising governments they are increasingly insisting that their expertise trumps public debate.

Babones’ short and pithy book challenges the domination of expert elites in political discourse. While acknowledging the fact that democracies don’t always come up with the ‘right’ answer, he points out the danger of allowing experts free rein to dictate what’s right and wrong. He outlines a shift within liberal thinking from the defence of individual freedoms to the defence of individual rights. Although the intention of giving people rights was to develop people’s ability to exercise their freedoms, the consequence has been to introduce conflict between rights and freedom: one person’s right not to be offended impinges on another’s freedom to speak freely.

One consequence of this shift is that political intolerance characterises the contemporary moment. It is widely blamed on the spread of populism, but perhaps the driving force of intolerance today is a liberalism which has shifted its focus from the defence of freedoms to the extension of rights. Babones points to the way experts, who now tend to espouse a liberal, rights-oriented outlook, have grown impatient with democracy as an obstacle to ‘progress’ through the extension of individual entitlements. 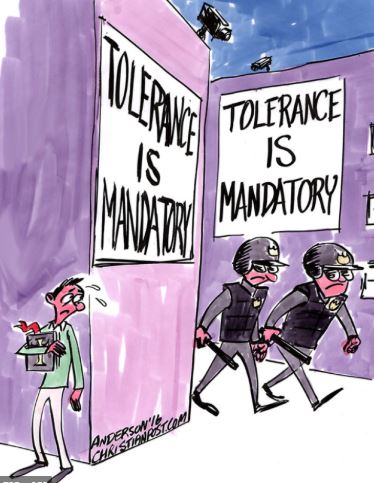 He argues that liberalism has always represented a minority outlook – focusing on individual rights and liberties. They tend to form minority alliances between elite groups and non-elites (such as immigrants, gays, etc) who feel threatened by majority interests to exercise power and influence. He is not hostile to liberalism per se and argues that it is has been responsible for many positive developments historically, but that over the past few decades liberals have deployed expertise in dictatorial fashion, using their dominance within elite political discourses to advance an entitlement orientation towards individual rights and to delineate ‘acceptable’ from ‘unacceptable’ ideas.

International elites benefit from globalisation and institutions such as the EU provide ways of securing their interests and protecting them from the aspirations and demands of the masses. Barbones points to the steps experts have taken to circumvent voters’ objections to measures that have tied them into an autocratic system of government underpinned by the Lisbon Treaty which ratified the European Union Constitution.

The Brexit referendum and the election of Donald Trump in 2016 presented an earth-shaking challenge to authoritarian assumptions of western elites and continue to reverberate through the atrophied liberal political systems of the US and Europe, and beyond. Babones’ pithy little book usefully examines and summarises the global developments that led voters to turn against the status quo. In attacking the authoritarianism of liberal experts who think they know what’s best for us, and who have become increasingly intolerant other world views, his book offers a refreshing counterpoint to the mainstream celebration of the ideology of globalisation.