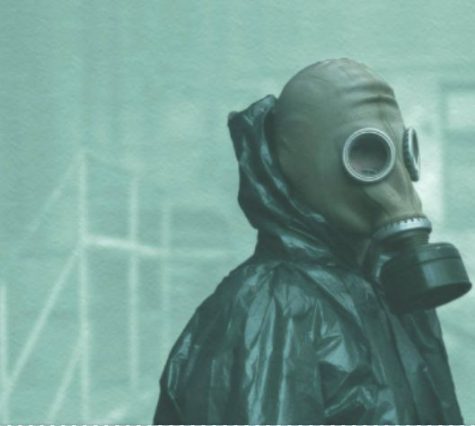 Social distancing has created a boom time for book recommendations. Leading the fray are Camus’s The Plague and Gabriel García Márquez’s Love in the Time of Cholera. But quarantine and the feeling of being stalked by an invisible killer have made Svetlana Alexievich’s Chernobyl Prayer, the book on which HBO’s hit show ‘Chernobyl’ was based, worth revisiting too.

One of the truly uncanny elements of the current crisis consists in the fact that the virus thrives on the essential elements of social life, such as the need to socialise, the importance of proximity, or the desire to comfort. To defeat the virus, we are told that we have to become reclusive, turn away from each other, avoid each other. If stories from Italy are to be believed, comforting our loved ones as they suffer in hospital is proibito. As the Italian philosopher Giorgio Agamben put it in a recent essay: “our neighbour has been cancelled”.

The stories from Italy bring to mind the most jarring line from the book and its TV adaptation: a wife being told that she cannot go to comfort her husband because “that’s not your husband, that’s an irradiated object”. Like radiation, the invisible viral killer turns our loved ones into sources of danger, and we become unable to help. At best, we imagine the radiation lingering like a Victorian miasma in a Hammer horror film; at worst it is a deadly, invisible threat. 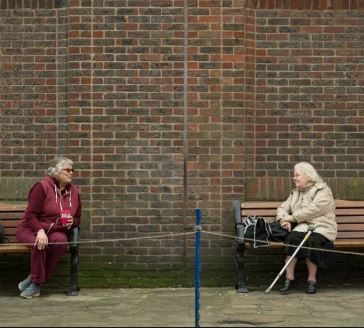 This complete reversal of the rules of human life – turning social engagement into social distance – perhaps explains some of the stubbornness and much of the confusion shown by many in the face of the pandemic crisis. As Mary Dejevsky astutely points out, some people may make a rational decision to risk contagion if the alternative is state confinement; as a symbol of their sense of agency and the fact that the official advice tells them that “they have little to fear from Covid-19”.

National crises turn our faculties upside down and we lack the means to make sense of it. Alexievich says:

“Death lurked everywhere, but this was a different sort of death. Donning new masks, wearing a strange guise. Man had been caught off guard, he was not ready. Ill-prepared as a species, our entire natural apparatus, attuned to seeing, hearing, and touching, had malfunctioned … The world around us, once pliant and friendly, now instilled fear. Elderly evacuees, who had not yet understood, looked up at the sky: ‘The sun is shining. There’s no smoke or gas but now we have to flee like refugees.’ A world strange yet familiar”.

In trying times, we know that human ingenuity and courage will see us through in the end. We hope, at least. But there is also a political moral that can be drawn from Alexievich’s work. She notes that much of the sense of disorientation experienced by the people living in the Soviet Union at the time arose from their sense of dislocation. Soviet Ukrainians and Belarusians, for example, experienced Chernobyl through the prism of an unaccountable Soviet regime. There was no freedom of speech, official pronouncements were hard to trust, scientific reassurances were difficult to comprehend.

For the contemporary situation, Chernobyl might not be the best comparison. In the UK, for instance, we have an advantage in that we can hold our government to account, and in general it can be trusted. But every step the government takes to curtail our freedoms or pass emergency legislation, enforce confinement and obfuscate the reasons for its actions, reduces this advantage and tends to make the comparison more apposite. If these emergency measures extend beyond the time when they are strictly necessary – or if we stay cooped up, separated, and cut off for too long – then we can be sure the same air of Soviet unreality may descend on our lives.

Jacob Reynolds is a writer based in London. He tweets @jacobreynolds