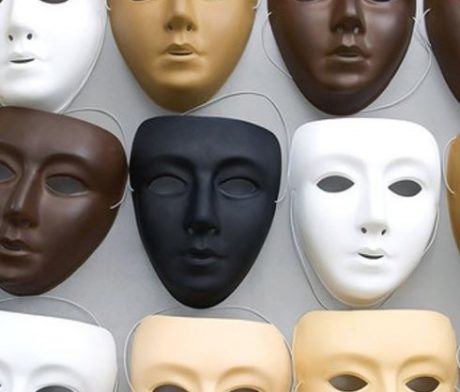 Dameon Garnett’s ‘Sticks and Stones’, whose run at the West End, Tristan Bates Theatre was sadly curtailed by the COVID-19 crisis, is an attempt to articulate the importance of free speech and the dangers of identity politics in our time. In our “you can’t say that!” culture, many people tend to avoid discussions of such subjects, yet playwright Garnett has created a thought-provoking production that shows that identity politics is not so straightforward.

Whilst this play is certainly not flawless, I left with more questions than answers, which is maybe reason enough to take any future opportunities to see this show.

The story goes like this. The two characters in this play are Afua and Tina. Afua is a black woman and deputy headteacher, while Tina is a working-class dinner lady at the same school. The two are friends until Afua discovers that Tina has posted some offensive tweets on social media. Tina is accused of engaging with “hate speech” and, as a result, loses her friend and job at the school. The effect this has on her character is startling. By the end of the play she is clearly distressed and mentally ill, a condition that seems to have been caused by Afua’s unmediated wokeness.

The two characters reflect the play’s themes: identity politics and freedom of speech. Afua protests throughout the play that she is, as a black woman, a member of a group that has historically been marginalised and oppressed. But to the audience, she is clearly doing well in life: she is obviously more powerful, culturally and economically than her friend Tina. Afua also appears to be in the ascendency in her workplace – she is constantly on the phone to discuss her potential promotion to the role of headteacher. 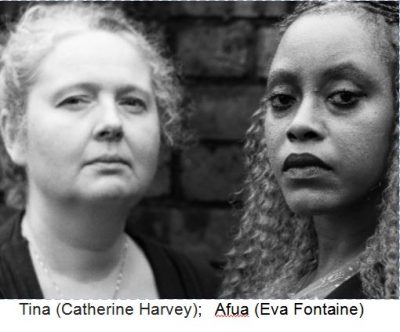 Several times we see Afua place emphasis on her position as the victim of circumstances, while simultaneously speaking to her colleagues about her career progression. This contradiction raises questions about the meaning of victim status, especially since the person who is really up against it in this play is Tina.

Tina ultimately loses her job as a result of the crude Tweets she posted on social media. The fascinating development – or tragic collapse – of Tina’s character works well. We initially see her as a cheery, humble, and ordinary person, who is interested in the life of her friend Afua. Once accused of wrongdoing, she appears unable to comprehend what crime she has committed. On medication, she becomes seriously affected by what has happened.

The play closes with a release of the tension between the two. Tina explodes in outrage towards Afua. Because of an incomprehension about her mistreatment, Tina’s character develops into someone who harbours genuine hatred for her erstwhile friend. It provides a compelling explanation of why freedom of speech is so important for society: Clearly, the author seems to be saying that if people are not able to express what they feel about their existence – and in turn be challenged by those who disagree – then these sentiments will fester and can eventually boil over. Garnett articulates the way in which, instead of challenging hatred, “hate speech” might engender racist animosity.

At only one-hour long, there was not much time for character development and as a result Tina’s representation of what a working-class person looks like, is something of a caricature (northern accent and all). But I also found it difficult to sympathise with Afua. For all her good intentions as an activist for female and race equality she is presented as cold and indifferent. It would be very easy to dismiss her as simply a parody of the woke generation but that would ignore the nuance of her genuine concerns about inequality.

In conclusion, this play is about the paradox of equality. On the one hand, we have affluent Afua who seems to be both a successful player of career politics and also someone who considers herself to be oppressed. And on the other, we have Tina, who is considered by some to be the bearer of white privilege and to others as a representative of a historically oppressed class in Britain.

The third and most important actor in this play is, in fact, the audience. The two actors are in direct confrontation throughout the play, and they triangulate towards the observer: an audence trying to find a common ground between the two. It is therefore even more of a shame that this challenging production has had to close.