Risk and the construction industry 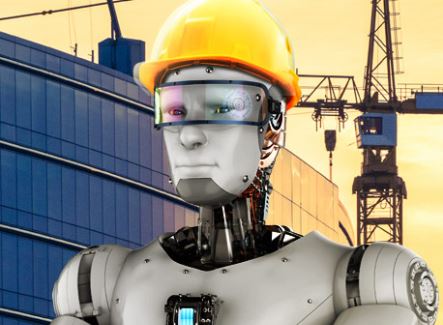 After two months of furlough, a construction worker in Cambridge is refusing to go to work, fearful that he might catch Covid-19. Given the daily diet of government coronavirus death statistics on tea-time TV, it’s probably understandable that he feels nervous. Interviewed by the local press, he said that being asked to return to work felt as if he was being “thrown under the bus”.

As it happens, whether in or under the bus, the risks are roughly the same. Bus drivers represent a coronavirus risk category similar to construction workers, both presumably worrying who will infect whom on the morning commute to the building site. For construction commuters, there is some slim comfort in the fact that more people die after being hit by a bus than die in the notoriously dangerous construction industry.

There are now, on average, 36 fatalities in the industry every year; most of them the result of falls, being hit by vehicles, struck by falling objects, or electrical accidents. The Health and Safety Executive states that there are also more than 4,000 major injuries such as broken bones or fractured skulls of construction workers every year. 48 people are fatally struck by buses every year

As the hazards of working on a construction site have lessened over the years, we now have historically low numbers of serious injuries and any accident is shocking, whereas it might have been “expected” in the past and remained un-newsworthy. In 1973 alone there were 231 fatalities and around 73,000 accidents. Ten labourers died during the construction of the Channel Tunnel. And between 2001 and 2014, 760 workers died on UK-wide building sites. Nowadays, we are less blasé about deaths and rightly so.

In 2020, construction fatalities’ statistics are dominated by the deaths, so far, of 104 construction workers. These include 82 skilled workers and 22 low-skilled workers (the latter category comprising security guards, machine operators, etc). The office of National Statistics reports that this low-skilled sector accounts for “25.9 deaths per 100,000” meaning that there are around 85,000 people working at this level. The other 82 Covid-related deaths are part of a much larger construction industry that employs around 1.3milion people.

Meanwhile, the 15 people in the statistical annual average that have presumably died on construction sites due to falls, collisions and other accidents this year, don’t seem to be a warrant a mention or elicit significant concern in many of the news reports.

The point is that construction is a dangerous job. Like firefighting, policing, or the oil industry these jobs put workers in more physically challenging situations to office workers, teachers or journalists. The most dangerous jobs involve physical activity in close proximity to machinery, such as agriculture and farming, manufacturing, transport and waste disposal. It’s an unavoidable condition of the type of work and some people even choose these jobs for the thrill and the danger. Should everyone employed in these risky industries expect the same level of safety enjoyed by someone in a call centre? Should workers in high-risk industries demand the working conditions of a barrister, for example? Should all jobs have equal risk? Should we demand that we be kept “safe”?

The 1974 Health and Safety at Work Act imposed general duties on employers “to ensure, so far as is reasonably practicable, the health, safety and welfare at work of all his employees”. This is done through risk assessments which, like much legislation, relies on the “as far as reasonably practicable” common sense defence. Admittedly, risk assessments have become a bureaucratic industry that has tended to prioritise the avoidance of litigation as opposed to minimising the risk of injury, but there have been undoubted benefits in terms of the reduction in the numbers of accidents on site. Unfortunately, the growth of the risk avoidance sector has also given rise to a risk-aversion culture. In this nether world, consultants will advise you NOT to do something IN CASE it might cause harm.

Whereas the historic figures quoted in my opening paragraphs were clearly the result of breaches in construction site safety: faulty procedures, incompetent management or cost-cutting, the Covid-19 fatalities relate to indirect and contributory causes of death. These are not construction industry deaths but deaths of workers in the construction industry. These tragic events may even relate to viral transmission during activities that have little or nothing to do with construction.

However, the fear that has gripped the industry has meant that many construction sites have closed, many firms have locked their doors never to re-open, many workers have been furloughed, never to be re-employed. An industry that was unproductive at the best of times, is now on its knees due to a risk-assessment procedure that has predicted the worst. Workers’ protests against unsafe practices in the past have related to material realities. The protest against Covid relates to reassurances for workers’ perceptions of potential harm. 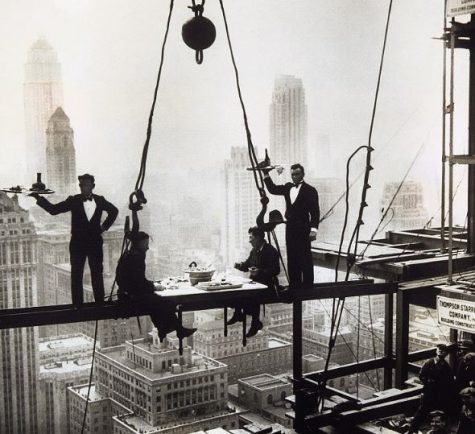 Understandably, Health and Safety has been a major concern for workers, unions and health and safety organisations for many years. Indeed, aside from occasional blips the number of fatalities on building sites there have been impressive improvements in construction safety, with fatalities and injuries in terminal decline ever since the 1970s. However, in the age of coronavirus there is a growing perception that all jobs must be “safe”.

In this formulation, the definition of safety is directed by the precautionary principle, which is defined as a threats of harm to human health or the environment, “precautionary measures should be taken even if some cause and effect relationships are not fully established scientifically.”

Len McCluskey, the general secretary of the Unite trade union has said that “workers should refuse to return to work if there is no safe environment for them”. Alok Sharma, Secretary of State for Business, Energy and Industrial Strategy announced that “if an employee feels unsafe, they should talk to their employer and if that doesn’t get a result they should contact the health and safety executive or their local authority”. A feeling of being unsafe is now the legal pass for refusing to work, a sentiment backed up by unions and government alike. If you feel unsafe, complain, whistleblow or prosecute. No wonder companies are nervous.

That subjective perception of being unsafe pervades the construction industry, from the workers to the management. Furloughed workers seem willing to put off the day when they are going to have to re-engage with productive work in order to minimise the threat of catching a virus, even under the more obvious threat of facing unemployment as a consequence. Meanwhile, employers are paranoid about being prosecuted for insisting that workers return to save their industries unable to reconcile their risk registers to the satisfaction of their insurance brokers. Neither decision has anything to do with meaningful health and safety measures on construction sites. But when Housing Minister Robert Jenrick says that he wants to “reopen, restart and renew… construction industry to protect lives, save jobs and to begin rebuilding our economy”, he somehow places the first responsibility of the construction industry on the need to save lives.

Ironically, supported by the government and unions alike, pretending that work is primarily about safety diminishes the risks that we need to take to transform the economy. Staying safe is a common-sense demand and the construction industry has a pretty god record of year-on-year improvements. But risk fetishization forces companies and workers to look on the negative side rather than look to improve the future. Even if workers are satisfied, what about the fears of people living near the building site?

Total risk aversion is anathema to the real world of accidents and injuries. Only time will tell whether average fatalities on construction sites have risen since February 2020 If so, it’s because we have taken our eye off the ball.

The lockdown seemed necessary at the time but now, it has trained us to be passive in the face of the virus. Staying home and avoiding contact with anyone was touted as a noble, life-saving action plan. The resultant mindset – critical of “non-essential” activities or worried about our proximity to fellow human beings – has created an over-cautious world in which we are passive observers, looking on while morbidity rates rise, jobs-markets collapse and personal incomes and living conditions are under threat.

The precautionary approach to work might be understandable in uncertain times but will possibly destroy the livelihoods of tens of thousands of contractors and traders and supplies further down the supply chain. There is no such thing as risk-free work and the construction industry knows that more than most. It’s time to buckle up, don the hard hat, and get back in to work.