The myth of Britain’s racist universities 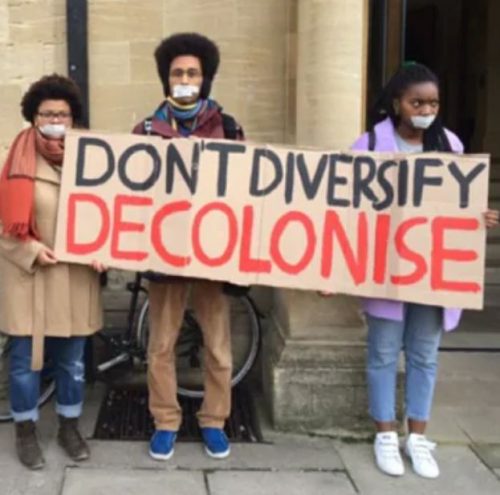 The idea has taken hold over the last few months that British universities are in urgent need of radical reform to overturn entrenched racial discrimination at the level of both individual attitudes and institutional systems. This view has now attained the status of conventional wisdom, but I’m afraid I don’t buy it.

The claim that UK universities are exclusionary and racist organisations that promote white privilege just doesn’t ring true. In my experience, universities are invariably keen (often anxiously, achingly keen) on all aspects of equality and diversity — which is why they were so quick to make public anti-racist statements in response to the horrific police killing of George Floyd and the protests that followed. They are among the most tolerant and liberal institutions we have, and while I don’t doubt that black or ethnic-minority colleagues and students may sometimes encounter racism on campus, the idea that British higher education is built on discrimination and hatred just isn’t plausible.

This view of the education system — promulgated largely from within universities themselves —  is also now widely being acted on, via new staff training programmes and moves to ‘decolonise’ curricula. Probably many colleagues feel that such initiatives are basically well-intentioned and designed to further a good cause — that of anti-racism. But current policies, and the underpinning claim that universities suffer from systemic racism, reflect a new understanding of racism that bears little resemblance to how most people understand the problem. Today’s approach, grounded in Critical Race Theory, promotes division, shuts down debate, and ignores key drivers of inequality.

Judging individuals on the content of their character rather than the colour of their skin may have been Rev. Martin Luther King Jr.’s dream, but it is not the goal of today’s race theorists. Acclaimed British author Reni Eddo-Lodge argues in her bestselling book Why I’m No Longer Talking to White People About Race, for example, that taking a ‘colour-blind’ approach to racism is ‘childish’, ‘immature’, a ‘myth’. What used to be seen as anti-racist thinking — seeking to ensure that skin colour becomes irrelevant to how we interact with each other — is at best a ‘well-intentioned lie’. Others take an even dimmer view: it was reported in August that the British Library’s Decolonising Working Group advises staff that ‘colour blindness’ and believing mankind is ‘one human family’ are examples of ‘covert white supremacy’.

According to the American academic and anti-racism consultant Robin DiAngelo, the question we should ask about everyday interactions is not ‘did racism take place?’, but ‘how did racism manifest in that situation?’ Racism is understood to be inescapably, inevitably, perpetually present, so to claim otherwise is seen as a kind of denialism: an unwillingness to acknowledge difference and inequality. As one of my colleagues argued on WonkHE recently: individually ‘claiming to be “not racist”’, or institutionally claiming ‘neutrality’, is tantamount to ‘denying racism’ and refusing to acknowledge that society is ‘deeply divided’. For Eddo-Lodge, this approach even extends to close personal relations. ‘White privilege is never more pronounced than in our intimate relationships, our close friendships and our families’, she asserts. White people in interracial relationships have to ‘learn that they are racist even if they don’t think they are’.

It seems unlikely that division will be overcome by insisting that white people are bound to be racist, even when they believe themselves not to be, and even when they are romantic partners of non-white people. This view is not only divisive, it also carries an implicit authoritarianism.

The new doctrinal certainty of Critical Race Theory tends to rule out disagreement as illegitimate. According to Alison Bailey, for example, what appears in the classroom as critical thinking or healthy scepticism may just be cover for what she calls ‘privilege-preserving epistemic pushback’: a ‘willful resistance to knowing’. Similarly, Barbara Applebaum interprets students’ disagreement as ‘resisting engagement’. Indeed, even agreement is not enough — by ‘admitting to or confessing privilege’, she maintains, ‘white students are actually able to avoid owning up to their complicity in systemic racism’. DiAngelo also argues that there is no possibility of being ‘non-racist’: claiming to be so is merely a symptom of avoidant ‘white fragility’. 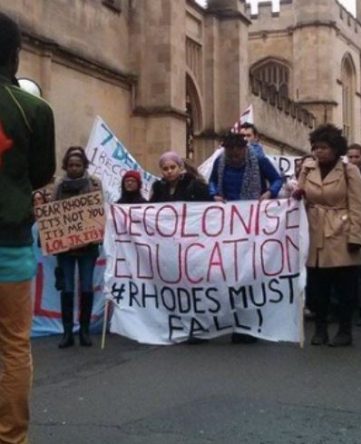 This is part of a wider pattern in public life, whereby certain ideas or viewpoints are held to be beyond question, and anyone who does raise objections is immediately shut down or their arguments delegitimised. One might have hoped that academia would resist the rise of cancel culture, given its historic commitment to open enquiry and the free exchange of ideas. Yet the opposite is the case. As Doug Stokes has noted, the targeting of academics who have the ‘wrong opinions’ has led to a ‘culture of anxious conformism’ in British HE. Similarly, US academic John McWhorter describes ‘a very rational culture of fear among those who dissent, even slightly’ from current orthodoxies in American universities. This illiberalism also intimidates non-white academics, such as the assistant professor who told McWhorter: ‘over the last few years, this new norm of intolerance and cult of social justice has marginalized me more than all [the] racism I have ever faced in my life’.

The main ways this conformism is enforced are top-down ‘values’ statements that brook no discussion, directives to ‘decolonise’ the curriculum, and, most insidiously, various sorts of ‘unconscious bias’ training. The lecturers’ union, UCU, offers a model resolution for local branches to demand that universities ‘immediately review course/curriculum provision to begin the process of decolonisation’; ensure that ‘all committees charged with delivering equality report directly to the principal/VC/CEO’; and ‘ensure that staff race equality training is delivered at all levels’. Activist academics see themselves as putting pressure on university managers, but if UCU thinks that calling for top-down curriculum review, greater monitoring by senior management, and more mandatory training is any kind of challenge, they are deluding themselves. All it means is that when managers announce plans for ‘compulsory modules in “unconscious bias and white privilege” for all students and staff’ — as Nottingham Trent University did recently — activists will simply demand more of the same, and will, if recent experience is anything to go by, report anyone not engaging positively with such training to the HR department (their own members included).

While it is reasonable for employers to demand that employees maintain professional standards of workplace conduct, it is entirely unreasonable for them to attempt to police their workers’ (unconscious) thoughts. It is especially egregious in a university. We expect the people who work in academia to develop new knowledge and to educate the next generation, but apparently we also now think that they cannot be trusted to debate and discuss an issue like racism. Instead, they have to be ‘trained’ to think in certain ways about it. This approach dismisses lecturers’ fair-minded professional interest in their students’ intellectual development, casts faculty members as untrustworthy bigots, and demeans the value of scholarship.

In the rush to conformism, few have paused to ask about the scale and nature of the problem. Yet there are good grounds to think that looking through the prism of Critical Race Theory and seeing everything in terms of systemic racism, unconscious bias and white privilege distorts reality. Government figures show that BAME students are not disadvantaged in terms of entry to university — including at elite institutions such as Oxford, where one fifth of undergraduates are from BAME backgrounds. Once there, they are very unlikely to encounter racist treatment — as Stokes notes, the vast majority report no problems and say they do not think racial harassment is an issue at university. After they leave, some (though not all) minority ethnic groups outperform whites in terms of graduate earnings. Indeed, younger people from BAME backgrounds generally do well: while there is still a negative pay gap for the population overall (of 2.3%, down from a high of 8.4% in 2014), for 16–29 year olds, the pay gap is the other way. BAME workers in this age group tend to earn more than their white counterparts. 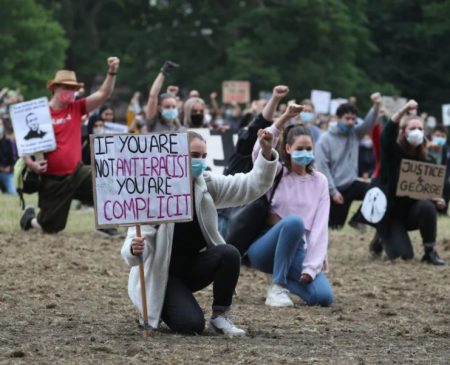 To reiterate, this is not to say that racism no longer exists or that universities are immune from it. But the intensity of today’s response does seem to be out of proportion to the scale of the problem. Portraying British universities as cesspits of prejudice that empower white supremacy and exclude or hold back ethnic minorities just doesn’t fit the facts.

If we are really interested in reducing inequality in education, we should acknowledge that race is only one factor at play, and that class is a more significant determinant of educational access. As Matthew Goodwin has recently highlighted, only two per cent of white working-class children get into the most prestigious UK universities. Boys fare particularly poorly: taking entitlement to free school meals as an indicator of poverty, only 13 per cent of poorer white boys go to university, compared with 27 per cent of similar black Caribbean boys, 42 per cent of Pakistani boys, and 51 per cent of black African boys.

A standard response to this point is to raise the concept of ‘intersectionality’: the idea that people may suffer from multiple sources of oppression and discrimination, based on various characteristics such as sex and sexuality, race and ethnicity. Adding class to the list invites us to view working-class people as another victim group. Yet class bridges across racial and other divides, and thereby potentially offers a basis for solidarity. As Kenan Malik points out, ‘the interests of white factory workers or shelf-stackers are not the same as those of white bankers or business owners, but are far more similar to those of black factory workers or Asian shelf-stackers’. The identitarian fixation with ‘white privilege’, in contrast, simply exacerbates division and neglects core drivers of structural inequality.