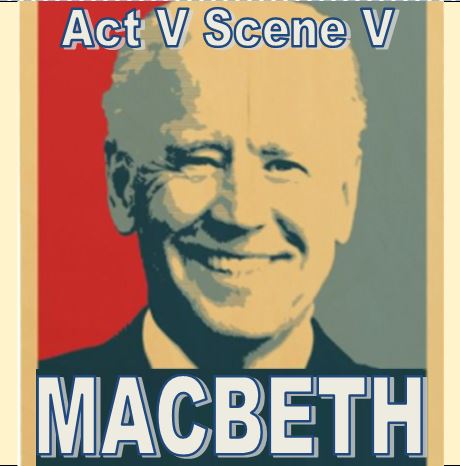 British documentary filmmaker, Adam Curtis once leaned heavily on the book “Everything was forever, until it was no more” by Alexei Yurchak – a slightly odd book about the way that language in the Soviet Union slowly degraded. Instead of confronting reality, the job of propagandists, indeed of all official discourse, was to stitch together a series of recognisable banalities.

Ideas that once were essential parts of the concrete social project of the Soviet Union – building a worker’s state – were now invoked in whatever context needed. Thus, you could praise the ‘trenchant labour of the workers’ when discussing the publication of a new edition of technical guidelines for building tractors.

The incredible brittleness of this cut-and-paste discourse meant that no-one in the Soviet Union was able to process, let alone alter, the decay of the Union and its increasingly unstable economic system. So, when the end came, it came as if in a dream. It suddenly made just as much sense for the Soviet Union not to exist as it made for it to have existed for decades.

Today, Joe Biden – who has not without justice been compared to Brezhnev – stands reading a speech that is in essence the same as those made by Soviet functionaries.

No sentence bears any resemblance to the previous one, as it does in an argument, but only makes sense as a series of moderately recognisable cliches. The point of the speech is not to refer to the world, but to refer to the system of symbols that historically legitimated the American political order.

These symbols – the American dream, opportunity, prosperity, liberty, justice, community, unity, hope – have little reality today. But that doesn’t matter. They are mere symbols, signifiers without signified. They refer to nothing but themselves. This is discourse as a hall of mirrors. Likewise, Joe Biden is not a politician, he is a mirror: a mirror which reflects the platitudes America tells itself in order to sleep at night.

But, as Jean Baudrillard warned us, in order to see what we want to see in the mirror, we have to hide our second-self behind it. To see ‘unity’ we have to hide division. To see ‘prosperity’ we have to hide poverty. Hiding these things is not just a function of Joe Biden’s rhetoric, but of the social project which he *does* reflect: the overwhelming need to put the populist project – which however imperfectly does reflect real division and poverty – in its box.

How long, we should ask, can America hide what it needs to hide in order to see unity? How long until those second souls, currently trapped behind the mirror, have their revenge?