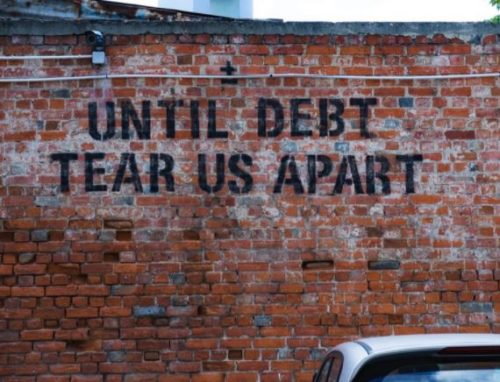 I have always been a believer in the idea that whilst you might not agree with someone’s methods, it’s best to assume that their motives are good. Being a resident of the London Borough of Croydon, however, is enough to test anyone’s ability to keep this outlook on life. Back in October, I wrote about how Croydon council was on the verge of issuing a Section 114 notice, declaring de facto bankruptcy, heading for an overspend of £60 million and with debts of £1.5 billion. Sure enough, in November, the notice was issued.

“Ambitious for Croydon” was the Labour Party’s motto when they were duly elected to run Croydon again in 2018. Certainly, the plans have been ambitious; as has the spending that went with them. Whilst the budgets that underpinned these goals have largely received cross-party support, things quickly spiralled out of control, as many had predicted.

What wasn’t so clear when I last wrote on this issue was just how extensive the underlying problems were. To quote Croydon’s external auditor Grant Thornton’s damning ‘Report in the Public Interest’, issues included a “collective corporate blindness to both the seriousness of the financial position and the urgency with which actions needed to be taken”, and that “the Council chose to account for the deficit amount as a debtor at the end of the financial year which we disagreed with as the Council’s approach was based on the view that the Government ought to refund the excess spending rather than any evidence that this would be the case.”

The Ministry of Housing Communities and Local Government has intervened, and appointed an improvement panel. The borough has been given a £120m capitalisation bailout – ‘by far the largest of any of the recent arrangements of “exceptional support” offered by the government to councils’. Services are under review with the expectation that many libraries will shut their doors, leisure centres will never reopen following lockdown and already busy rubbish tips will close. If that wasn’t bad enough, we will also see the end of specialist transportation to and from nursery for children with special needs.

With these events in mind, it makes it all the more galling that the council was forking out vast sums of local residents’ money on things such as solar panelled bins – and now they need to close rubbish tips, which will no doubt lead to more fly-tipping! It’s no wonder Grant Thornton’s report also said “the Council focused on… improvements in service delivery without sufficient attention to controlling the related overspends”.

Brick by Brick, the council’s wholly-owned housing developer – financed with £200 million of public money – is being reviewed with options to recapitalise, sell off or wind down. Already, councillors have been told that much of the £59 million loan given to the developer for the refurbishment of the Fairfield Halls will not be recovered. The redevelopment was originally expected to cost £30 million, and include 400 flats on the site which would allow for the loan to be repaid.

The Croydon Constitutionalists group have worked with the TaxPayers’ Alliance locally on their Town Hall Rich List campaign, which highlighted that the council had 23 staff paid over £100,000 a year, and we recently discovered that four senior officers had been suspended following a report into “management actions”. The Local Government Chronicle reported one councillor as saying that the culture of the cabinet during that time was “one of shocking bullying” and “if you challenged their authority, you were sacked”. Of course, these councillors are still receiving their very generous allowances. The TPA’s research showed that in 2018-19 Croydon’s councillors received an average allowance of £21,784. This was the highest in London and third highest in England. By comparison, neighbouring London boroughs, Sutton (£12,135) and Bromley (£12,111) were both considerably less expensive to the taxpayer.

In December, Croydon’s councillors voted to reduce £300,000 from councillor pay from April 2021. Better late than never, but this will still likely leave Croydon’s councillors in the top 20 per cent best remunerated in the country and top six in London. Is this really fitting for cabinet members who oversaw only the second council bankruptcy this century? 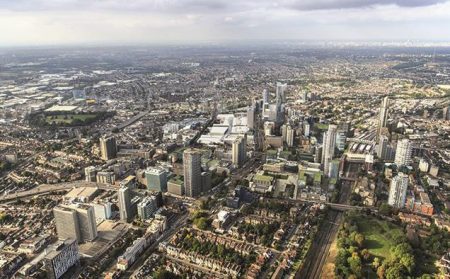 Has the council learnt the lessons from its failure? In October, new council leader Hamida Ali apologised and vowed change at the council. When interviewed in November however, she was not able to accept responsibility for decisions that led to the council’s problems; during which time, she was a cabinet member. Against this backdrop, Croydon’s hard-pressed taxpayers are bound to ask what has changed. Highly paid executives and well-remunerated councillors oversaw a fiasco that has left local households to pick up the tab for many years to come.

The story of Croydon council will abhor anyone who takes an interest in how their hard-earned money is spent by the powers-that-be, but more importantly, it should serve as a warning. Our council wasn’t the first to go bankrupt, but it’s also unlikely to be the last – and we’re not just talking about the impact of covid. Fiscal mismanagement goes far deeper. It’s up to all of us to hold our local authorities to account for how they are spending, or misspending, our money.

by Michael Swadling, originally published by the Tax Payers Alliance.