(Originally published 20 years ago, in The Daily Telegraph 1 May 2001)

by Austin Williams
In the first of a new monthly series on transport issues, Austin Williams warns that restrictions on car use could turn the clock back 700 years 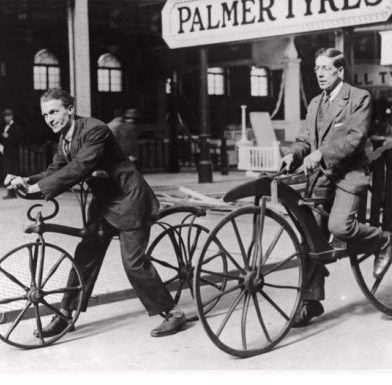 IMAGINE a world in which every aspect of your life is easily accessible, in which you don’t suffer the daily commute, the traffic jams, the stress of rushing about. A world of tele-working, corner shops, local cinemas and village schools, where everything is within walking distance.

Imagine a real community, where fit people of all ages jog alongside their spouses and the only traffic accidents involve novice cyclists taking their hands off the handlebars to wave to their neighbours, a world where lollipop ladies guide adults across the street and children learn how to walk to school and whistle at the same time, where the only other sounds are the clicking of clogs and the chink of marbles in the gutter.

It might sound like an idyllic remembrance of times past, yet this is the Government’s big idea for the future of transport. Lord Rogers, leader of the Urban Task Force and one of the head honchos in Ken Livingstone’s Transport for London, argues that “a keen sense of community is inversely related to the amount of traffic passing through it”. His goal is to reduce our reliance on the car, a mode of transport that threatens to “undermine the social structure of the city”.

Our understanding of community, and what it means, changes with our circumstances, and while nobody wants to see real communities blighted by traffic, the fact that we don’t communicate directly with our neighbours might not necessarily be such a bad thing. One of the benefits of living in a busy conurbation is that it allows you to ignore your physical neighbours while broadening your network of friends and acquaintances. The varied, shifting population of a city is in many ways more tolerant of individual lifestyles than the tightly knit relationships of an isolated village.

A yearning for the imagined simplicity of the past is natural. But if we ignore the reality that communities are self-defining and have always developed in response to changing social patterns (and the advent of the internet as a new communicator with a broader community is decried almost as much as the use of the car), this romantic vision of local neighbourliness quickly becomes an authoritarian one. While Lord Rogers has made a career of his social conscience, the decision on whether the rest of us travel – publicly or privately – is being made for us.

For example, from April 30 to May 2 2021, America will be host to the preparatory conference for the World Summit on Sustainable Development, which proposes that freedom of choice in route and mode of travel can be restrained for the sake of sustainability. By focusing on John Prescott’s climbdown from his declared intention to argue with President Bush about US rejection of the Kyoto treaty, we are in danger of missing the wider implications of this debate. 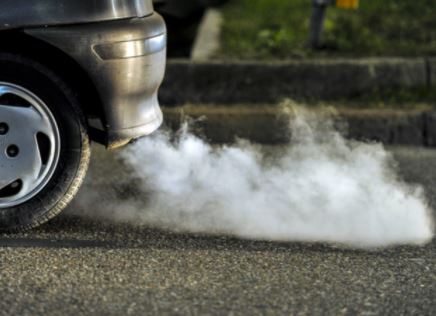 The proponents of sustainability argue that we must reduce our “detrimental” impact on the environment, and the Government intends to meet sustainability targets by reducing our need to travel – suggesting, by default, that travelling is detrimental.

Reducing the need to travel per se sounds sensible enough; after all, how can one oppose the reduction of need? However, there is a very real danger that we are confusing need with desire, and the aspirational element of social mobility. Having to travel is one thing, wanting to travel is quite another, and it is this basic choice that is being undermined. Not only is our choice of transport mode being proscribed, but whether we should actually make the journey in the first place is being questioned.

This vision of a “sustainable” future has as its premise a vision of community defined by proximity. Having everything we need close by would be nice, but we all know that it isn’t on the cards. Nevertheless, we are being asked to make do with whatever is close at hand. In a modern society this call for travel restraint cannot totally succeed, but it is having a noticeable effect in lowering the terms of the whole transport debate.

There is such mainstream acceptance of the notion that the car is a “problem” that designers, manufacturers, advertisers and drivers have bought into the idea that we have to restrain its use, promotion and enjoyment in the interests of the wider community – whatever that is. Authoritarian measures are not really necessary if we all comply voluntarily, but oppressive legislation can be pushed through if nobody challenges the terms of the debate.

Henry Ford said that he had to invent his motor car because he wanted to escape rural boredom. He didn’t need to escape life on a mid-west farm, but there is something about the human condition that led him to it. This aspirational drive to conquer constraints has been a powerful part of our humanity since prehistoric times, and in the modern world the car is the symbol of our liberation.

Today, the undermining of that symbolism has the hallmarks of a society that has given up its humanity. The car driver represents excess, risk and speed, which are regarded as bad, while the pedestrian is the model of moderation, safety and caution, which are good. Our transport aspirations, and our social responsibilities, it seems, should extend no farther than we can walk or cycle. Under the terms of sustainability, society is no longer made up of millions of families and individuals, but hundreds of enclosure zones with a radius of five miles or so. Real mobility, a feature of British society since the Black Death broke the chains of feudalism in the 14th century, is in danger of becoming an antisocial activity.

Many people insist that the transport “problem” has become impossibly complicated, but I’m not convinced. The development of safer, cleaner modes of transport and improved services, infrastructure, interchanges and networks are still straightforward exercises in planning, engineering and spending. The real, and very dangerous, problem we face is that the other necessary factor – political will – has metamorphosed from highway engineering to social engineering. In today’s political conditions, Henry Ford would be told to sit back and enjoy life on the farm.