Home » architecture-and-urbanism » Not much COP 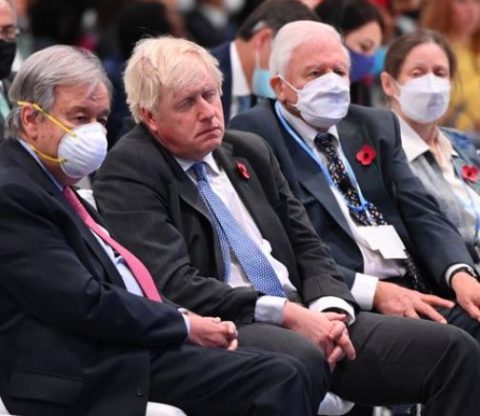 So, COP 26 is drawing to a close, two weeks of intense negotiation for the world leaders to agree how we are going to solve the burning crisis of catastrophic climate change! It’s one minute to midnight on that doomsday clock, and we are at the last chance saloon, so besides some very dramatic catastrophizing, what have the illustrious leaders of the world been up to?

Perhaps they have been practicing what they preach? You would be forgiven for thinking that a summit of such monumental importance would be a good time to set an example. Flocks of private jet’s descended on Glasgow producing an estimated 13,000 tonnes (Scottish Mail on Sunday) of C02. Many of them came from Rome, so there must have been some possibility of plane sharing to be had somewhere. Meanwhile, we’ve seen diesel generators (sorry cooking oil generators) being used to charge up electric cars for those that wanted to use them, President Biden preferred to turn up with his own twenty car motorcade (a diplomatic reduction from the eighty-five cars he paraded in Rome). Every little helps apparently.

Perhaps they have agreed how they will solve the problem? Wrong again. We are now on the second draft agreement with every part of its entire six pages; Recognising, Welcoming, Requesting, Inviting, Urging, Expressing, and Underscoring things to do in general about climate change, there isn’t much substance at all to it.  The question has to be really, what has it achieved at all? 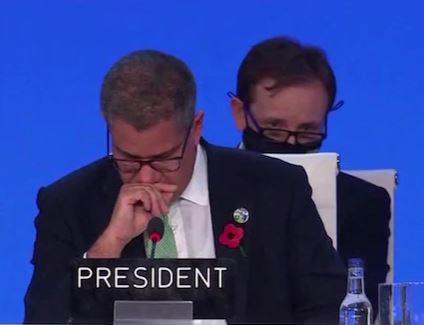 If it really is one minute to midnight, then we really are in trouble because FLOP26 has achieved absolutely nothing except contributing to the problem of C02 emissions. But amongst all the flash and the grim speeches of impending doom, and let’s not forget the paddling,  the nudge of behavioural science, imploring us to accept whatever half-baked crazy, or downright dystopian ideas they come up with while being happy that it’s for our own good.

If world leaders really believed the content of the speeches then there would be a lot less private jetting, and certainly, no 9 Tonne Cadillac’s carrying presidents doing 8 mpg. It’s the outright hypocrisy that gets me the most because I could make good argument for the Private Jets and the 9 Tonne Cadillacs, just don’t tell me it’s for thee but not for me!

It also seems many environmentalists don’t want to examine much beyond a set narrative of wind and solar good, fossil and nuclear bad. Apparently, we need more wind and solar power production and that needs to be the core of our energy production. The answer to the problem of a calm night is to build more storage. That means batteries, and batteries mean Lithium and Cobalt among other things.

A big song and dance was made about the Cumbrian coal mine, never mind the fact that coal would be for steel production, not for power generation. Steel is a strategic industry, and we are going to need it for a very long time. If the coal isn’t mined here it will only be mined elsewhere, if the steel is produced in China, it’s still getting produced. While our C02 emissions from steel production may have reduced its effectively outsourced to China, at least until we start using a more honest account of imports and exports when it comes to C02 emissions. While there are efforts to forge steel with hydrogen these things take time, and we can’t make do without until the process is perfected AND we have enough Hydrogen capacity, to which again cheap electricity will be essential. But as expected much of that wasn’t highlighted in the press.

Could we see a change in Building Regulations? Labour has called for it, to mandate new houses are better insulated and heated with a green fuel “like heat pumps or hydrogen.”  While perhaps we should wait to see if Hydrogen becomes a viable fuel for home heating before mandating it, from a green point of view this idea is a no brainer. It’s also fair to point out that it’s cheaper than retrofitting. Heat pumps work best when the property has been designed for them. What isn’t considered is the economic impact of that. We have a housing crisis and part of that is young people not being able to afford to buy. It’s expensive, and pushing up the price of housing by mandating it won’t help young people afford a house.

Does anybody have a sensible answer to that problem? Then there is the fact that (at current gas prices) Heat pumps are still more expensive to heat your home. So not only will we make it harder to afford a house, but we will also make it harder to afford to run one. Then if you want to sell or re-mortgage that will be more or less complicated by how “green” your home is deemed to be at the time. That hardly seems fair to families on low-income scraping by in a two-bed terrace who can’t afford to insulate their homes and have nowhere for a heat pump! Do we just leave them trapped in that home with little prospect of ever moving up?

Two of the world’s biggest polluters, China and India, gave some small token assurances to changing their habits. But while we export much of our manufacturing and therefore our carbon emissions too them, is it really fair to expect them to slow down their own development? Even then, don’t all countries have a right to develop to give their citizens a better quality of life? We had the benefit of the Industrial Revolution which has undoubtedly led to most of the comfort and conveniences of modern life after all. 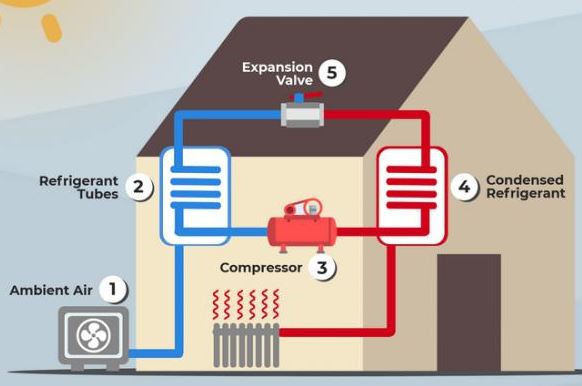 Still, no one has really said what all this is going to cost. Estimates into the Trillions have been thrown around, perhaps the most relatable was one that said the cost of net zero by 2050 would mean the cost to every household in the UK would be £1700 per year, every year, until 2050! Can you afford that? If you can, are you happy about that?

A green industrial revolution is all very well, but the meaning of that is open to question. Clean, reliable, cheap, and secure power generation must be at its core. If power is cheap enough and clean, does that extra bit of heat lost from your roof matter all that much? Make power cheap and clean enough and we could all move to electric boilers and forget the limitations of heat pumps and retrofitting insulation. We also really do need to ask the tough questions about where raw materials come from and can we morally stomach the human cost of that? Hydrogen will play a part in the future, but unless we find a better way to produce it, cheap electricity will be key to that too. Perhaps one day in the not-too-distant future we will be driving fuel cell cars and jetting off on holiday all on a tank of plain old water. However, it plays out, whatever technology comes through, make it affordable and fit for purpose and people will flock to it. Most roads do seem to point towards clean, cheap electricity being the single most crucial step we can take to improving our economy and cutting C02 emissions.

What isn’t going to help is putting the cart very much before the horse, scrapping fossil fuels before there is a replacement, or making petrol and diesel cars too expensive to run before EV’s or even HV’s (hydrogen vehicles) are truly practical and affordable. Instead of seeing how fast we can penalise people out of their petrol and diesel cars with clean air zones and ULEZ’s, make alternative vehicles affordable and people will switch. Instead of letting the price of Gas hike up, make electricity cheaper and people will switch to heating their homes with it. A rushed transition will be an expensive transition, and those that can’t keep up with the expense will be the worst off of all. Never mind a two-tier society due to vaccine status, it will become those that can afford to offset their C02 and those that cannot. Cop26 could have been an opportunity to start addressing this and finding ways to overcome the challenges. Instead, it seems to be all flash and no substance and has been a real flop.

Rick Moore is an electronic engineer, and owner of InControl. He tweets here: @RickMoore1980

This article was orginally published as “COP of FLOP” on Rick’s substack here.