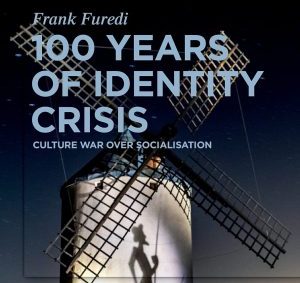 Over the years the author has created a large body of work that examines some of the pressing dilemmas facing society. In Therapy Culture (2004), Authority: A Sociological History (2013) and First World War: Still No End In Sight (2014) he has tried to shed light on our present condition.

Furedi takes an historical approach to sociology. Sociology came into being in the 19th century to appraise the concerns over how society functions without foundational norms: created by the Enlightenment’s destruction of the old structures and ways of seeing. One essential foundation for socialising the young and transmitting values from one generation to another is the narrative of Historical Legacy. It allows generations to recognise and understand the world that they are introduced into and grow up in. Without this, a person is ideologically, politically, culturally homeless.

It is this book’s contention that the historical legacy in western society has been fundamentally eroded. As the historian J H Plumb put it in 1969, we have witnessed ‘The Death of the Past’.

Sociology itself was affected by this and the study of history was largely discarded: seen as irrelevant or resulting in a compartmentalisation of subjects. Furedi’ s work in this sense goes against the tide. He uses an historical approach and applies it to sociology in order to provide greater context and insight. Because of that approach it becomes more of a critical work accessible to the general reader. Rather than being bombarded by sociological theories about present social phenomena the reader can now see how these ideas and processes came about with a certain historical specificity.

The book is in a tradition of critical social commentary going back to Hannah Arendt and Christopher Lasch. Arendt wrote about the collapse of adult authority in the 1950s and Lasch discussed the detachment of individuality from achievement in the 1970s. The central thesis of the book is the identity crisis of our present time. It is described as a symptom of the unravelling of Moral authority.

It is a challenging book to read. The reader has to tussle with the concepts of sociology, anthropology, psychology and more. But the text also challenges one’s view of the society which – in one way or another – has shaped us as individuals. It can leave the reader with a sense of having lived in a shadow world. In other words, we may believe that we have grown up in world of moral certainties with values passed on by one’s parents and with a strong historical memory of the work of previous generations and a belief that the task was to build on this legacy; but all the time society has been working in the opposite direction. In this reality, the discourse sets out to undermine the family, to denigrate the historical legacy and to re-engineer the individual in a new way.

What Furedi is able to demonstrate is that this process has been going on for a long time. It has had various twists and turns and there are time lags between attempted reforms and social effect but over time there is a cumulative effect. When discussing the history of adolescence, Furedi is at pains to point out the need to avoid eternalising the issues as if history has never changed. So, while Aristotle identified the problems of the adolescent in Ancient Greece and the problem of the transition to adulthood, there is something universal but also unique about the present era.

Firstly, the sense that developed in the 19th century was that youth represented something precious and authentic; the Romantic view if you like. Then there was a bid to rationalise the process of socialisation at the turn of the last century. Over time the attempt to create a new set of moral values for the Modern world led to the recognition of the gap between childhood and adulthood, which itself gave rise to the extension of education.

There has always been a progressive but philosophical dilemma that positions young against old: a utopian vision of a future society rubbing up against adulthood itself, i.e. in some respects, those who are standing in the way. It is an inherently tense dynamic. For over one hundred years there has been an attempt to replace prevailing norms with new psychological norms that will make people fit for a New World. However, the old norms do have a stubborn way of popping up again when least expected such as in the Brexit vote and so efforts at re-engineering have to be stepped up in response.

The way in which we see the individual self has also changed over time. From the cultivation of character in the 19th century where the “individual” was expected to live up to fixed public virtues, through to “personhood” in the 20th century, and now to “identity”. The present quest is a precarious and unstable one. While academic theorists and savvy employers might welcome the new flexible identities, in the real-world people experience this as uncertainty and insecurity. Hence the tendency for group identities rather than individual identities. As each group jostles for recognition and validation they often come into conflict with others.

The book throws up challenging concepts. What does the “acculturation of the anti-cultural” mean? Again, we come back to our relationship with the past. Assuming (and it might be a big assumption) that the new always represents an improvement on the old, there is a loss of the sense of the past. This has a consequence of depriving culture of moral depth and makes it instrumental and pragmatic. The young are being asked to adapt anti-cultural norms which lack meaning and depth. Once again, culture itself becomes a site of conflict. 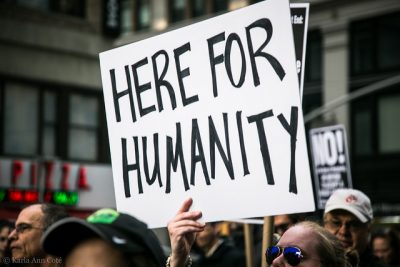 The book tries to intertwine the various strands in the socialisation story over the last one hundred years. That is no mean task and can be difficult to follow, even more so given that the chronology goes back and forth. It tries to cover the rise of Scientism, the role of progressive education and the therapeutic ethos amongst other things. All of which form an ‘ideology with no name’ which is underpinned by the influence of psychology. Furedi makes the point that such is the power and influence of Psychology that even religion has adapted to it.

The author is at pains to demonstrate that the cultural conflict over socialisation is perpetual and never-ending. The reader might be struck by how the present period seems to be one where these trends have finally come together. The more uncertainty, the more the need to regulate behaviour becomes apparent.

We have now developed a whole stratum of society which actually believes in the new methods. This layer of society has been to university, had the training, and believes that it has the right to lecture others on the way to live and think. To put it in another way, they believe that they have the right “to raise awareness” about the correct way to think and act. They seem have developed an esprit de corps because they have special insights or at least believe that they do. You could see this in the Covid response where behavioural psychology – the nudge unit – was employed as a self-righteous weapon against the population.

Are we are now entering upon the next phase with a Climate Emergency? If so, the use of behavioural psychology, legitimated by a top-down approach, backed up by “experts” from academia will be brought to bear in a much more conscious and evident manner. In extremis, experts might be dispensed with, replaced with emotionally-grounded, youthful naïfs whose testimony will be all that is required: privileging youthful “angst” will be a way of disciplining or silencing the adults in the room.

The book doesn’t really offer any solutions. ‘It is not possible to retrace our steps and retrieve what we have left behind,” Furedi writes. A plea is made to socialise the young; to create a sense of intellectual and political independence rather than training them to become “recipients of validation.” But it does leave a lot of questions in the air. What about the new psychologically-trained, right-thinking elite that has now emerged? Is it possible to revive the historical legacy in a positive way to enable the young to see the past as an achievement to be built on rather than a crime to be condemned? Is there a future without a past?

In order to get the most from this book it is worth dwelling on the insights offered and I would recommend a close reading even if that does take time and effort. It is an important book and as well as shedding light on our society’s present dilemmas, it can challenge you to think about how your own life and preconceptions have been affected by the psychologised world we inhabit.