The problem with “Gender Bias” 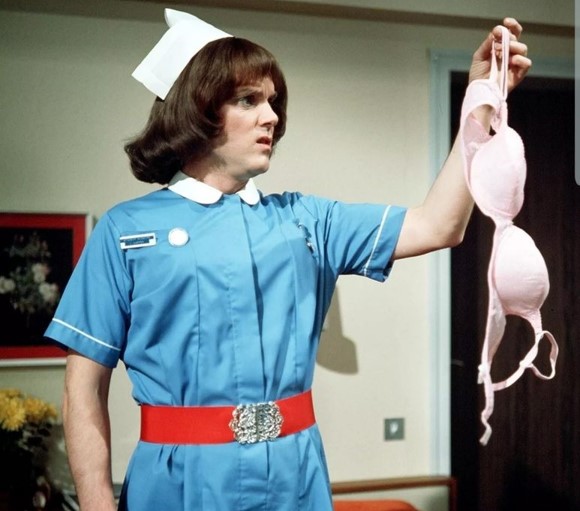 To coincide with International Women’s Day (IWD) and Women’s History month throughout March, advertising agency, CPB London launched a series of posters that aims to challenge gender bias. Following IWD the campaign will be featured on billboards, social media platforms and in cinemas. The award-winning agency has called its campaign, “Imagine,” and is one of many international campaigns that were focused around the #BreakTheBias theme of this year’s IWD.

The genesis of the “Imagine” campaign was a study commissioned by CPB London and carried out by Perspectus Global in February this year. They surveyed 1000 UK-based children between the ages of 5-11 and 1000 parents of the same age group and found that “UK kids still believed in old fashioned gender roles.”

The survey also revealed that, “45 percent of the 5- to 11-year-olds polled believe that nurses are always women, while 22 percent said a doctor was likely to be a man”, and that “60 percent of kids think that being a plumber or electrician is a man’s job.” It also highlighted that 29% of the parents surveyed said that they “had to explain to their child that men and women can do the same jobs”. The same percentage “admitted there have been plenty of times when their son or daughter has expressed beliefs that reinforce harmful, old fashioned stereotypes around men and women.”

Managing Director of CPB London, Helen James, lamented that, “when these are views held by our children – our future – that tells us we have so much work yet to do to create a world where your gender makes no difference to what you can achieve.”

It was these “shocking” findings that motivated CPB London to launch the “Imagine” campaign to highlight the scale of the problem of gender bias among children. 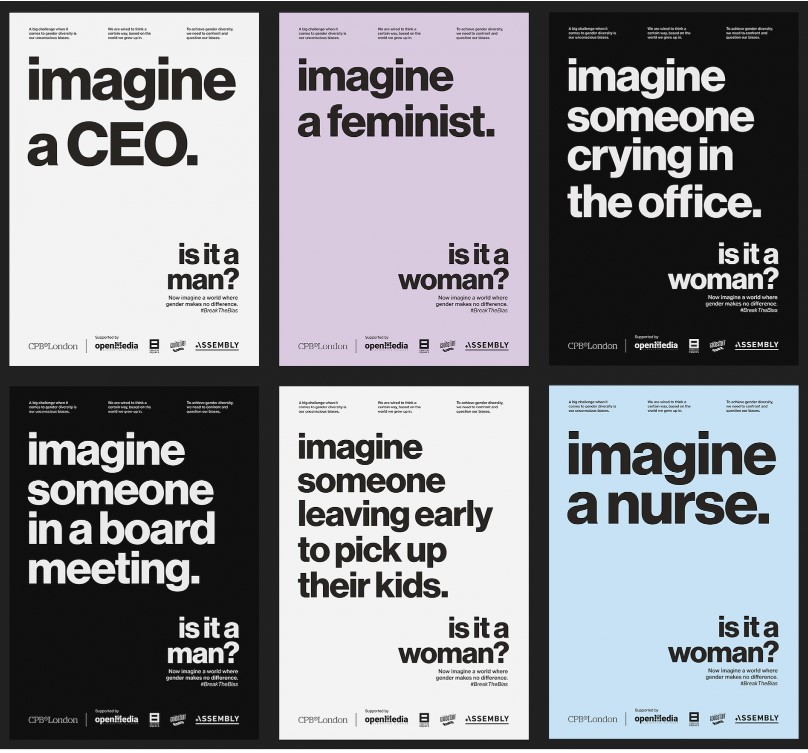 This despite the survey also showing that 94% of respondents thought that “children should grow up to be whatever they want” and that 82% thought that “boys and girls can be just as good at the same things”. But as is so often the case, not wanting to let glaring contradictions to get in the way of a pre-conceived virtue-signaling opportunity, CPB London creatives carried on regardless and came up with the “Imagine” campaign.

Multiple posters ask a series of questions – that will help determine the depth of gender bias. Some examples include, “Imagine a nurse,” “Is it Woman”? and “Imagine a CEO,” “Is it a man?” But my personal favorite – because it demonstrated a total lack of imagination – “Imagine someone crying in the office,” “Is it a woman?” That the creatives behind this campaign were “shocked” to find that children thought of a woman when they were asked to imagine a nurse and thought of a man when asked to imagine a plumber, is what is really shocking – what world are these people living in?

Is it really shocking that children think as the survey suggests, when 90% of nurses in the UK are indeed women and 99% of plumbers are men? “Shocking”? Really? That children (indeed adults too) will imagine a woman when asked to think of a nurse and a man when asked to imagine a plumber is perfectly reasonable and rational. It is based on reality. To think otherwise is delusional.

While the stated motivation for the campaign was “inspired” by the “old fashioned” attitudes of children, it is really a warning to adults. The implicit messaging of the project is that parents are failing to educate their children in the ways of contemporary woke orthodoxy. It follows that the socialization of the next generation is to be taken on by the elites through a variety of cultural institutions. As has been well documented by spiked! such elite sanctioned moral re-education “initiatives” are already widespread in schools, museums, through film, and television – and yes, advertising too. 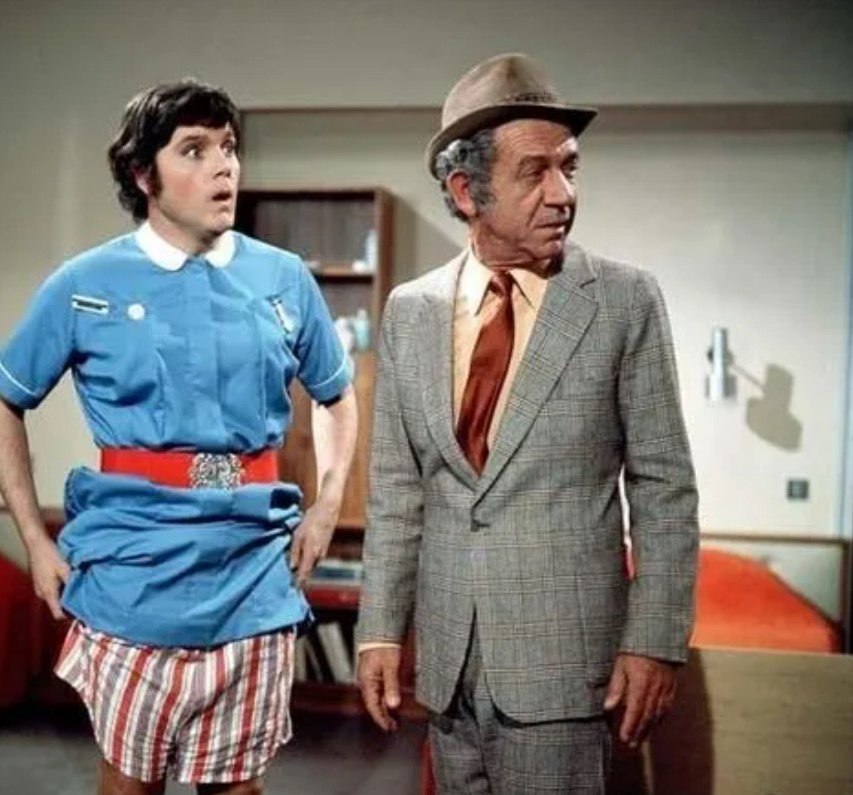 The use of the survey tells us more about the prejudices of elitists in advertising than it does about the attitudes of the children and adults. It is the Imagine campaign that should trouble us. It is a wilful misreading of the thoughts of primary school children to justify a condescending and ideologically repugnant propaganda campaign.

What is projected to be going on in our heads is being weaponized, while that which is tangible and materially observable is ignored. It assumes the worst of people.

The idea that when you think “nurse” you think “woman” is somehow contributing to real inequalities shows just how regressive woke politics has become. It is obnoxious and delusional in equal measure.

Today’s politicization of gender bias says more about the elites’ fear and loathing of the public than it is about women’s equality. It is worth noting that gender bias campaigns barely even pay lip service to equality in employment, or anywhere else for that matter, it is primarily about projecting their own dodgy attitudes onto the public. The primary aim of such campaigns is to criminalize wrong-think through public shaming or worse. It is an assault on the “deplorables” – those who have yet to fall in line with woke campaigns to “change the culture.” Yet again, elitists in Designland have proven only too willing to join with the political and media elites in demonizing ordinary people.

The social “cost” of campaigns like this are difficult to quantify. But we can be sure of one thing. The framing of public attitudes as degenerately misogynistic and children as sexists in the making will not lead to a more equal and progressive culture. It is more likely to cultivate a narrative that divides the public into predators and victims. Campaigns against gender bias are disingenuous and dangerous. They are not “well meaning” but contemptuous of the public. Worst still, they ignore the material and structural work that still needs to be done to achieve real equality.

In today’s hyper-woke world you do not have to be a fully paid-up member of the Misogynist Party to be publicly shamed and cast out of polite society, you simply have to imagine a “woman” when you think of the word “nurse.”

Alex Cameron is a graphic designer; design and cultural critic.