Home » Articles » The importance of sovereignty

The importance of sovereignty 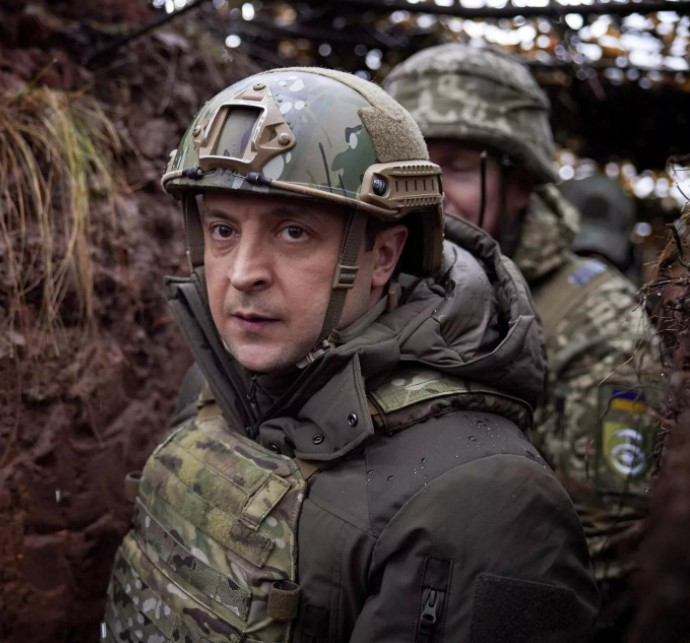 The war in Ukraine represents less an opportunity for Western elites’ moral replenishment, more an exposure of the moral vacuum that lies at the heart of the West itself. Putin was half-right in his analysis. He correctly identified internal disarray in the West because of the prolonged Culture Wars. NATO and the EU are relics. They are hollowed out institutions in many respects and NATO is discredited and seen by many Russians as well as much of the Left as a vehicle for Western imperialist aggression especially since its military intervention in the former Yugoslavia in the 1990’s.

Individual countries are helping Ukraine under the banner of national sovereignty while NATO dithers. Similarly, the EU isn’t a unified actor. It is riven with internal disagreement between France and Germany, between the richer northern European states and the poorer ones in the South, between established members and newer ones in the East with Poland and Hungary falling foul of their Brussels overlords. The EU bureaucracy is a self-interested, myopic clique worried about its own skin and survival in the face of centrifugal tendencies exacerbated by Brexit.

Putin read the Western playbook and concluded that the West doesn’t believe in tradition, material reality or values or principles like self-determination, sovereignty, and freedom. And in many ways, he called it right. Except Putin dismissed the importance of these values among Ukrainians. And above all he misread the importance of sovereignty.

It is a fair criticism to call out Western armchair generals and moral entrepreneurs for trying to make the war in Ukraine all about themselves in the comfortable West. But Ukraine too looks to the West and Putin’s deliberations focused on a Western response. We cannot understand the war without looking at the role and influence of Western ideas and values regardless of how robustly or not those values are upheld by the West in the contemporary era. We have a stake in Ukraine whether we like it or not.

Solidarity is rooted in universal values. You cannot have solidarity without them. And it is the question of solidarity that hangs over the war in Ukraine and which many political activists and commentators in Britain today shy away from. There is a surprisingly large amount of sympathy for Putin and Russia on both the Left and Right despite Russia’s invasion of a sovereign country. There is a reluctance to fully support Ukraine because of the duplicity and untrustworthiness of our own elites. We should always be sceptical and question the narrative, but not to the point of seeing every political development as part of a wider conspiracy designed to hoodwink the populace and keep us ideologically enslaved. The reality of the war in Ukraine speaks for itself. Sometimes there are no conspiracies and political and moral clarity is self-evident. 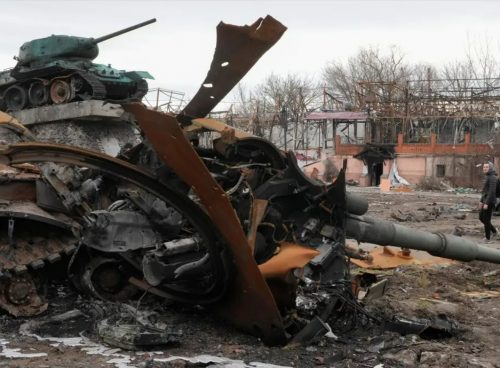 The ‘anti-interventionists’ refuse to support Ukrainian sovereignty because it is perceived as a pro-Western position. Rather than judging the war on its own terms and merits they close their eyes to Putin’s misdeeds and Russia’s invasion seeing it in the context of NATO expansionism or Western hypocrisy. The irony is that such critics and sceptics mimic the Iraq War apologists by making the conflict about themselves and their political world-view. This is a kind of luxury belief because it says non-intervention is the most peaceable strategy. There is no peace strategy or any strategy that can minimize what is an existential struggle for Ukraine and which has witnessed thousands of deaths already. Pontius Pilate washed his hands. The idea that it’s “nothing to do with us” is wrong.

The ideals of national sovereignty and self-determination are central to the idea of free and self-determining peoples of all nations. Democracy is a cause worth fighting for. Ukrainians certainly think so. They are fighting for the ideals of the Enlightenment and stand in a long tradition of occupied people’s fighting for self-determination and freedom from Haiti to India to Vietnam. The ideals and values may have originated in the West but they are shared the world over. The aspiration to be free is not just Western it is human and universal. It is in the universal impulse to resist tyranny that we should extend the hand of solidarity to the occupied people of Ukraine.

The idea of national sovereignty is what will come to the fore from the Ukraine war rather than the rehabilitation of decrepit Western institutions. Ukrainian president Zelenskyy has said that he foresees a future independent Ukraine as more like Israel than a liberal democratic European state. Given the traumatic experiences of war and suffering that the Ukrainian nation is currently undergoing that is unsurprising. Whatever your view of the State of Israel it will not allow itself to be bullied by its neighbours in a hostile part of the world. Ukraine will want to follow Israel’s example and secure its borders and its sovereignty against any future aggression.

But where does that leave Russia? The war appears anachronistic to Western minds. A throwback, an unwelcome blast from the past. I am reminded of “Under Western Eyes” by Joseph Conrad with its themes of democracy and autocracy, the exploration of the “Russian soul” and character, the irreconcilable differences between Russia and the West yet also the interactions and attractions despite mistrust and suspicion. Putin looks to the West as do many Russians. In fact, Putin is obsessed with the West.

Yes, it is from the West that the existential threat to the USSR came in the form of the Nazis during Operation Barbarossa. Yet despite the geopolitics and the history, the West both attracts and repels Russia. For much of Russia’s history it has been in conflict with the West from Napoleon’s “March on Moscow” onwards. Ukraine is now part of the Western polity, but Putin and wider Russian society cannot reconcile themselves to that fact. They fear that Russia is dying. The tragic irony for Russians is that Putin is expediting the demise of Russia while claiming to defend its interests. That dichotomy cannot last. Russia is bigger than Putin. We can only hope its people reach the same conclusion. 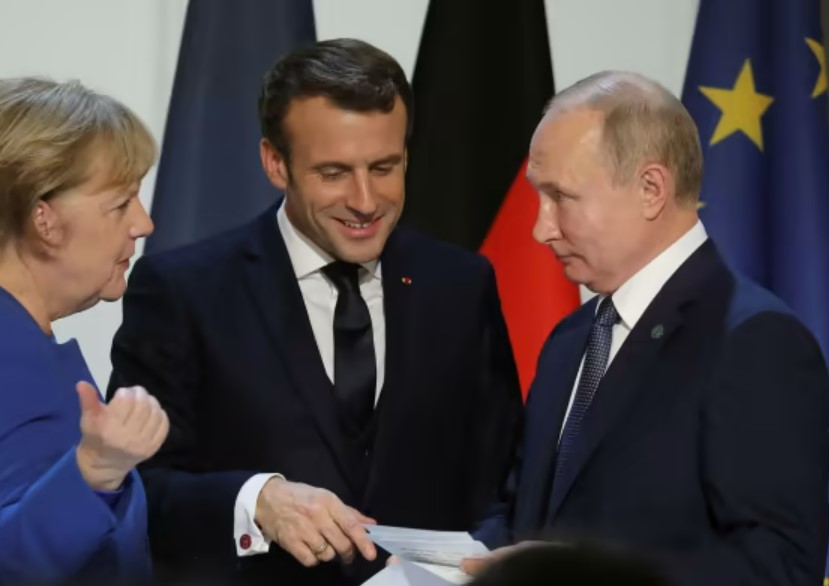 We talk about an identity crisis affecting Western societies, but it is applicable to Russia too, perhaps more so. Russia is pulled backwards by forces of tradition and the past personified by Vladimir Putin while simultaneously its young look westwards with not a little envy but also with hope and aspiration. The past always has two sides. The legacy that Putin is upholding is reactionary and atavistic.

Just as there are two Russia’s there are two Europe’s. Putin’s Russia represents one version, Ukraine another. We are witnessing a battle for the future of Europe in Ukraine. One side expresses the progressive ideals of national self-determination, sovereignty and independence, the other is pursuing neo-imperialist aims based on empires, spheres of influence and subjugation. It is imperative for the cause of progress that Ukraine wins the war. The alternative is unthinkable.