A review of “A Dialogue Between Architecture and Landscape” (Tongji University Press) by Austin Williams. 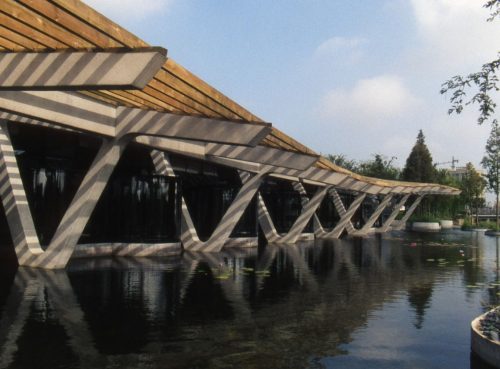 Newly arrived in China in 2011, my colleague Theo Dounas and I set up a series of meetings with architectural contacts in Shanghai, most of whom we had never met before. Over the course of a couple of weeks, we criss-crossed the vast city to make our hectic schedule of pre-arranged appointments. We met directors of global practices, including Arup, Chipperfield, Aedas, Schmidt Hammer Lassen, Urbanus, BDP, Logon Architects, Gensler, UNStudio, Perkins & Will, etc.; each one remodelling the skyline of one of the most exciting cities in the world. We were feted, fed, and watered, shown PPTs and handed brochures, and our naïve questions indulged. We enjoyed ourselves enormously.

One of the last meetings was with the head of a small Chinese practice, Miao Design Studio who had arranged to meet us at a busy intersection in Jing’an. We had seen some of his work and Chinese colleagues had recommended him, but we had no idea what to expect. Professor Pu Miao turned out to be one of the most engaging, insightful, and critical voices we were to encounter in our time in China. He took us to a local noodle bar, we talked for hours becoming firm friends in the process.

I am therefore delighted to take this opportunity to review the latest anthology of his work, “A Dialogue Between Architecture and Landscape” published by Tongji University Press. Coincidentally I also want to give a mention to Chris van Uffelen’s excellent new book “China: The New Creative Power in Architecture” in which Pu’s work also features alongside 54 other established and emerging architects.

A perceptive comment by Yung Ho Chang of Atelier FCJZ (China’s first, post-Mao, private architectural practice) locates Pu Miao’s importance in China, referring to Pu’s discipline and integrity. He says: “It is very rare for an architect to practice by himself… he has become a special banner of independent practice in China.” Indeed, Professor Pu Miao is a curious mix of quiet self-effacement combined with a desire for his intellectual insights to be popularised. He is a practitioner, but in essence (or in parallel) he is a scholar and a teacher. He is also diplomatically and sensitively argumentative, with a keen eye on global politics and the politics of design. 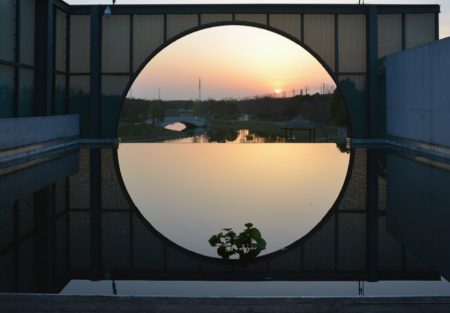 Miao Design Studio opened in 1992 and has made steady progress on a portfolio of work that continues to this day which reflects his interests in contextualising modern architecture into a Chinese context. His ambitions have been to “create small and mid-sized ordinary buildings creatively while embodying authentically the cultural, economic and technical realities of China.” At a time when China was launching its ambitious plans to build ever-taller buildings in ever-expanding cities, that fact that one architect held form to his desire to create small-scale, contextual urbanism was a hallmark of Pu’s theoretical development and his ethical principles

Originally based at Tongji University in Shanghai, Pu is now Professor at the School of Architecture at the University of Hawaii at Manoa. His 1990 paper “The Essence of Tradition – Thirteen Characteristics of Chinese Traditional Architecture” is a canonical work that still plays a significant part in Chinese education today. With apologies to both sides, I believe that is treated with the same solemnity as Kenneth Frampton’s “Towards a Critical Regionalism: Six Points for an Architecture of Resistance” and, as such, ought to be read more widely.

Unlike Frampton, Pu is approving of Modernism, especially in its humanistic and universalising ambitions and especially in the context of an emerging nation. “Design,” he says, “must be taught as integration between form and function” while keenly advocating a deeper and more nuanced understanding of tradition than the faux historicism of much “Chinese” architecture over the last ten years or so. He dismisses the parodies that play to the gallery of Western caricatures. “We need a deeper understanding of Chinese traditional architecture,” he say, “which should be more than about superficial forms.” Not for him the kind of traditionalist literalism or pastiche but a dynamic, context-driven architecture that respects tradition and yet moves it forward. In his introduction to the book, he calls it “habit” – habits that endure but adapt and change to new circumstances and technologies

“A Dialogue Between Architecture and Landscape” looks at the architect’s work over a 20-year span. Each of Miao Design Studio’s buildings factor in some of these evidential layers of Chinese identity, such as seclusion (a physical front that creates various defined stages of separation between inside and outside), clear demarcations, the experience of occupation, of progression through the building, of communally-determined preferential views, and of course, the connection between the building and the landscape. 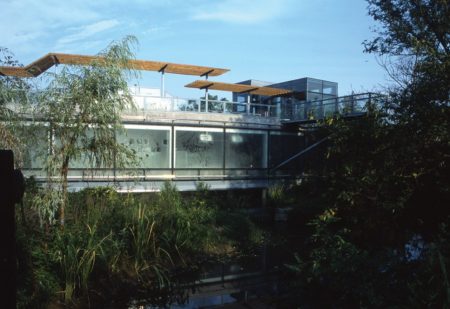 A large number of Pu Miao’s buildings are experimental: many built in the vast parkland in Kunshan (between Shanghai and Suzhou) demonstrating the titular ambitions to work with the natural landscape. I have visited several of these including: The World in a Wall (2012), the Yangcheng pavilions (2010), the half-submerged Jiangwan Ecological Centre (2012), the restaurant in Sichang (2014), the Visitor Centre (2017), etc. Sadly, many remain unoccupied or underutilised. They stand as monuments to triumph over adversity: unfeasibly low budgets, lack of authority on site, open briefs, and client changes, but each still retains the essence of Pu’s vision. They are also testament to Pu’s diligent, single-minded (single-handed) hard work required to get these projects built.

I hope that this useful anthology of Pu Miao’s work will encourage students, researchers and even Western architects working in China, to take a lead from his analysis. At the time when China appears to be reaching back to tradition for political purposes, and the West is increasingly suspicious of the Other, now would be a good time to reclaim the narrative consensus that the design integration of Western and Chinese knowledge can bring. 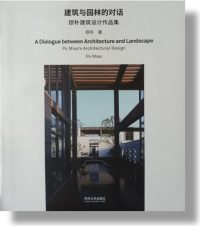 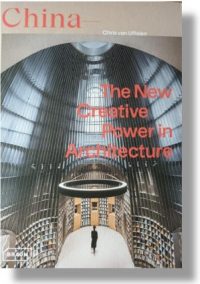