Home » Articles » A Declaration you MUST sign… or else! 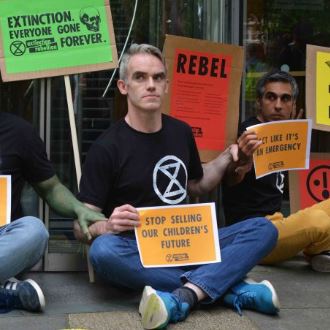 One of the key climate protest organisations recently revealed that “Populations covered by jurisdictions that have declared a climate emergency amount to 141 million citizens, with 43 million of these living in the United Kingdom. This means in Britain now roughly 64 per cent of the population lives in areas that have declared a climate emergency”.

I’m not sure if you or the other 140,999,999 members of various national electorates remember having a conversation about this with local politicians and actively voting for the declaration. No matter, because the standard procedure for environmental policy change is that a minority of concerned, right-thinking citizens demand on our behalf that elected leaders kow-tow to “the science”.

In many ways, many eco-activists are unwilling to convince people to change, worried that they might be charged with feeding populism of the wrong kind. They prefer instead to insist that if we are all going to hell in a handcart, and if “something needs to be done”; then surely anything needs to be done. After all, the new anti-populist protest movements need only “the involvement of 3.5% of the population to succeed”. The Washington Post asks whether “the choice comes down to liberty or survival”. 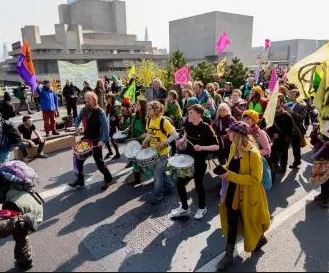 The current environmental demand is that we all must recite the mantra of a climate emergency. Not a “climate crisis”. Not “climate change”. Not “Hari Rama”. Extinction Rebellion has apparently won the right to dictate what Jordan Peterson might call “compelled speech”, i.e., to determine what is the right form of words that we have to recite to satisfy environmental gatekeepers. Repeat after me, we “declare a climate emergency”.

For such an apocalyptic declaration, the eco-movement seems to be remarkably up-beat, banging a drum in delight in the millenarian dangers that await. There is a helpful “playbook for business” explaining to corporate leaders “how to talk with board and employees about declaring a climate emergency”. After all, it’s always handy to mobilise your staff around disaster management. We’re all climate activists now… and if you aren’t, then you really aren’t with the programme.

The latest social justice battalion to declare are architects. Responding to the pleas from Greta Thunberg, architects are lining up to declare that their profession, their actions, and their hubris are damaging the planet and they are very, very sorry. After all, architects had a reputational kicking for what they did in the Sixties and are now blamed for buildings that are the biggest contribution to carbon emissions. They are now grateful for the opportunity to disavow their irresponsible contemporaries and atone for the sins of their forefathers

RIBA Chief Executive, Alan Vallance says that the “next steps will include the implementation of a five-year detailed action plan to embed sustainable industry standards and practice” to develop “a net zero carbon environment (by 2050), driving change (…and) to support chartered member practices (in the UK and internationally), enabling them to commit to voluntary reporting of core building performance metrics”. With such dull, spreadsheet ambitions such as this, no wonder activists are more inspired by an enigmatic Swedish teenager.

Recently, Greta Thunberg chided the UN by saying “You say you love your children above all else. And yet you are stealing their future in front of their very eyes”. It’s all too reminiscent of Jonathon Porritt’s call to intergenerational conflict when he wrote, in 1991: “Your parents and grandparents have made a mess of looking after the earth. They may deny it, but they’re stealing your future”.

At a recent RIBA Council meeting, one architect/tutor wept that her female students were not planning on having children because they don’t see a future. Students’ family planning decisions are theirs to make, but maybe tutors shouldn’t pander to this nonsense. In reality, we are not facing imminent extinction. But what a tragic indictment that academics and political leaders have allowed this nonsense to prevail. Indeed, they are falling over themselves to endorse it. No wonder the younger generation are paranoid. 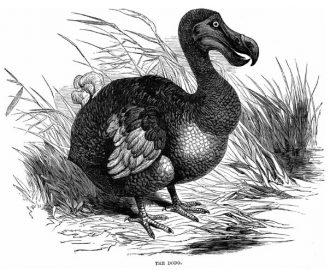 As its name suggests, Extinction Rebellion take their guidance from Malthusians like Paul Ehlich. From their own quoted scientific research papers, the Sixth Extinction that everyone is concerned about will apparently take up to 2,265 years if we consider extinction to mean the loss of currently “critically endangered species”. But then again, if we add in “currently threatened species” then their “extinction” will occur after 11,330 years. These are projections, do not relate to all animal life, and are nothing to cry about. The recent neurosis about “insectgedon”, for example, deals with “extirpation” (i.e. “local extinction”) which doesn’t mean extinction at all.

The Architects’ Declare manifesto is proudly opposed to climate breakdown and biodiversity loss. I think that it is fair to say that no-one is in favour. But even so, the “architectural community” has put forward a series of insipid demands to prove their environmental merit. They want, for example, to establish climate and biodiversity mitigation principles as the key measure of our industry’s success: demonstrated through awards, prizes and listings.

The Architects’ Journal want to see “sustainability statements”. The RIBA is offering CPD to “cultivat(e) the ability for corporations, communities, producers and manufacturers alike to thrive in the face of unprecedented challenges.” Nothing wrong with companies developing new competitions, certificates, cvs, benchmarking agents, awards ceremonies, money-making training programmes and post-occupancy evaluation consultancies, and all in the name of saving the planet. It makes good business sense. But more imposed bureaucracy is not the same as a critical political engagement. More flannel doesn’t equal a better world.

One of the key dangers to open, free and frank conversation on these issues is the growing push to simply mandate change. There is talk that the architectural curriculum may be changed to ensure “socio-environmental feedback skills” with the implication that failure to acknowledge or comply with an environmental discourse will not guarantee a validated degree. The American Institite of Architects (AIA) has already adopted an ethical position that has been characterised as “ignoring sustainability is officially unethical” and non-compliance can result in being struck off. The AIA resolution was almost unanimously passed. We are not in that situation in the UK, as yet but we’re getting there. The problem is that, in the current climate, wherever you are, this is not a rational debate… after all, it’s not even a debate.